Two former Williamson County Sheriff's deputies have been each charged with second-degree manslaughter in the March 2019 death of Javier Ambler. 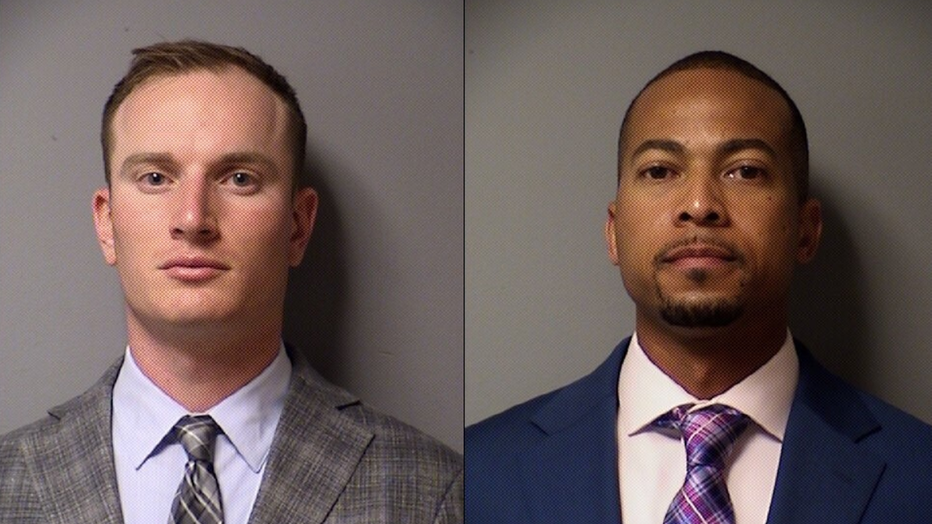 Bail has been set at $150,000 for each man and conditions include a prohibition on employment with law enforcement agencies or security companies.

"With these indictments, we have taken another critical step towards justice for the Ambler family and for our community," said Garza in a release. "While we can never take away the pain of the Ambler family, the grand jury has sent a clear message that no one is above the law."

According to court documents, Camden is accused of "recklessly" causing Ambler's death by striking Ambler with a taser; seizing his back, hand, arm, and head; pinning him down with his knee, and restraining Ambler with handcuffs while Ambler said multiple times he couldn't breathe and had a health condition.

A news conference is held to discuss the civil lawsuit the family of Javier Ambler has filed against Williamson County.

Ken Ervin and Doug O'Connell, the attorneys representing Camden and Johnson, issued a statement after the announcement of the indictments:

"Continuing to follow through on his political talking point, newly elected DA Garza has racked up two more indictments against law enforcement officers who were previously cleared through independent criminal and administrative investigations. The indictments were obtained through evidence chosen and presented solely by the District Attorney’s Office. Defense input was not solicited and no invitations were extended to Mr. Camden or Mr. Johnson to testify.

"Contrary to widespread media mischaracterizations, Mr. Ambler was not pursued for failing to dim his headlights. He was pursued for the felony offense of evading arrest in a vehicle, and over the course of the twenty-two minute pursuit for an additional four counts of leaving the scene of an accident, one of which involved crashing through a homeowner’s fence. Mr. Ambler’s fifth and final collision disabled his vehicle and prevented him from continuing to evade. Shortly thereafter, Mr. Ambler died because of congestive heart failure, hypertensive cardiovascular disease associated with morbid obesity, and lymphocytic myocarditis. Mr. Ambler’s physical exertion in resisting the three officers it took to get him into handcuffs no doubt contributed to his medical emergency, but Mr. Johnson and Mr. Camden are neither morally nor legally responsible for his death.

"We are requesting a trial as soon possible where we can ensure politics, campaign promises, and sensationalized media portrayals will not distort the truth of what occurred."

Two former Williamson County Sheriff's deputies have been each charged with second-degree manslaughter in the March 2019 death of Javier Ambler.

"We are very pleased to see that the Travis County District Attorney is serious about seeking justice for our family. Our goal has always been to hold these officers accountable so that there are no more families who have to suffer like ours has. We sincerely thank Mr. Garza and his team, and hope they are able to secure a conviction to send the message that police officers are not above the law."

"We want to make public our strong support to the prosecuting agencies in this case for taking first, second and third looks at questionable police conduct and recognizing criminal conduct. We are currently in a national state of awareness and change as it relates to holding police officers accountable when they behave outside the bounds of the law. All across America, change is being demanded and police reform bills are pending around the country at the local, state and federal levels, while we are also in the midst of the George Floyd case, one of the highest profile criminal cases against a police officer in generations."

The grand jury also heard evidence related to Austin police officer Michael Nissen’s involvement in the incident, considered all relevant charges, and returned a No Bill for the officer.

This indictment follows one earlier this month against APD officer Christopher Taylor for first-degree murder in the death of Michael Ramos. Ervin and O'Connell are also representing Officer Taylor.

WHO IS JAVIER AMBLER?

After crashing his vehicle near the intersection of Saint John’s and Bennett, deputies struggled to handcuff Ambler, resulting in the use of a stun gun several times.

Police body camera video from the APD of Ambler’s death shows the gasping 400-pound man telling the deputies that he wants to comply with their demands but that he can’t because he has congestive heart failure.

In addition to the Ramos and Ambler cases, there are six additional cases involving an officer-involved shooting or death in the custody of a law enforcement officer.

A Live PD camera crew was also on the scene at the time of Ambler's arrest, shadowing deputies as part of the show, but the incident was never broadcast and video was deleted. Big Fish Entertainment, the production company behind Live PD, filed a lawsuit last week saying that WCSO and APD misrepresented information about the video Live PD recorded.

A&E Network canceled Live PD following weeks of protests inspired by the death of George Floyd and reports on the Ambler case. The cancellation was announced a day after the similar show "Cops," on the air for 33 seasons, was dropped by the Paramount Network.

That bill was sparked by Ambler's death and his sister helped lawmakers draft the bill.