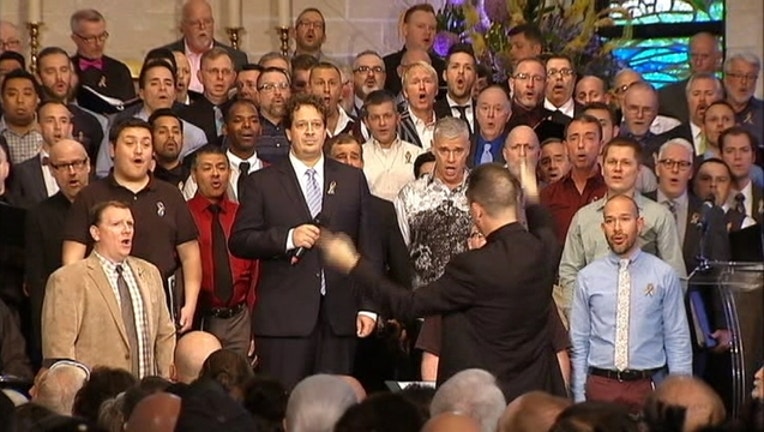 In honor of the victims of the terror attack in Orlando, the Turtle Creek Chorale in Dallas hosted a special concert at the Cathedral of Hope Tuesday night.

Even though the Turtle Creek Chorale, with deep roots in Oak Lawn's LGBT community, just finished its concert season Saturday night, a decision was made to hold one more concert.

“We knew we had to sing and sing for the community,” said Turtle Creek Chorale Artistic Director Sean Baugh.

And sing they did.  A concert called ‘Songs for Healing’ was held for a standing-room-only crowd at Cathedral of Hope. A large contingency of Dallas Police officers were inside the church and out, building on the extra patrols Dallas police has already added in the Oak Lawn district since the attack.

"I couldn't get 50 yards in here without somebody trying to thank me for our support for being here, for making them feel safe,” said Dallas Police Major Jimmy Vaughn.

The event was free to the public, but donations were encouraged for Equality Florida, a group raising money for the families of the victims in Orlando.

"After every traumatic event like this, there's a concert. Musicians lead the healing process,” said Baugh.  "It's time to turn our attention away from retribution and anger and really talk about love and healing, what we really need after an event like this."