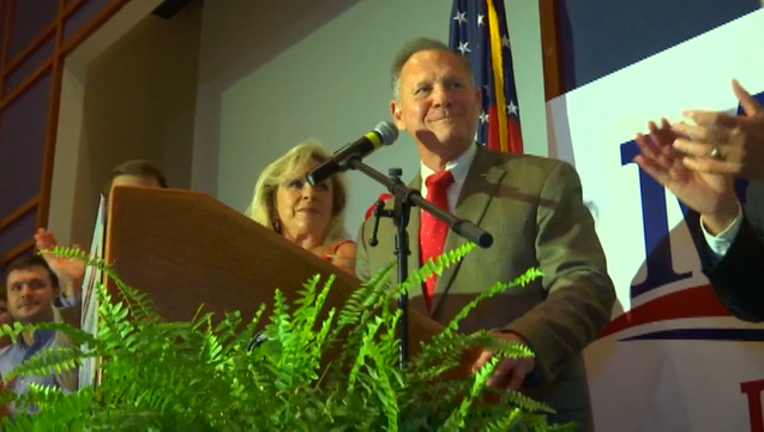 WASHINGTON (AP) - President Donald Trump is calling on Republican Roy Moore to concede after he lost the Alabama Senate race.

Trump told reporters Friday as he departed the White House: "I think he should. He tried."

Trump endorsed Moore in the contentious race despite the allegations of sexual misconduct that shadowed Moore's campaign.

The White House said Thursday that Trump had called Democrat Doug Jones to congratulate him on his win and express a willingness to work with him in Washington.

Moore has been discussing a possible recount.

In a video released Wednesday by his campaign, Moore says it was a close race and some military and provisional ballots had yet to be counted.