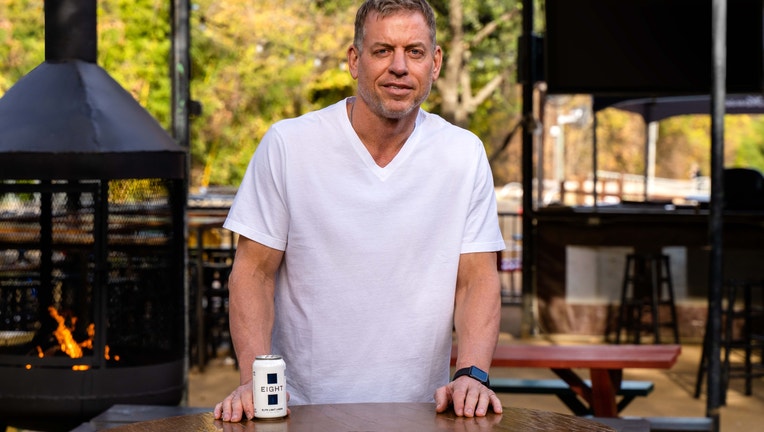 DALLAS - Dallas Cowboys legend Troy Aikman wants you to have a beer.

The Pro Football Hall of Famer and FOX NFL analyst announced Tuesday he’s now in the beer business and the company he’s co-founded will start selling a light beer called Eight in February.

The name, of course, comes from Aikman’s jersey number.

"Eight is for the drinker who consistently puts in the hard work. These folks, myself included, are conscious of what we put in our bodies, and options for a light, refreshing beer that’s brewed with organic ingredients are virtually non-existent," Aikman said in a statement.

Eight will be just 90 calories and made with organic grains. What it won’t have -- "no adjuncts or cheap fillers, and no sugars."

Aikman and a team of brewers and food researchers at Oregon State worked on the formula for the beer for two years, the company said.

The beer will only be available in Texas when it rolls out in a month. Drinkers will find it on draft in bars and restaurants at first. In March it will be available for purchase at retail locations like grocery and convenience stores.