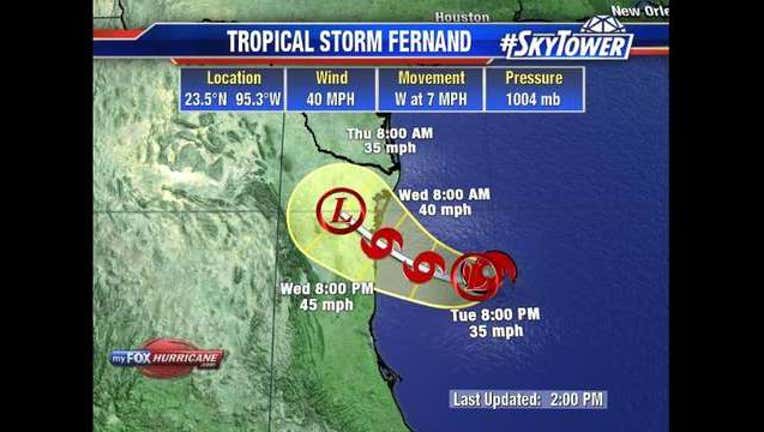 TAMPA, Fla. (AP) - As Hurricane Dorian pounds the Bahamas, a new tropical storm has formed in the Gulf of Mexico.

The storm's maximum sustained winds are near 40 mph. The U.S. National Hurricane Center says slow strengthening is expected before the storm moves inland. It's centered about 160 miles east of La Pesca, Mexico, and is moving west near 7 mph.