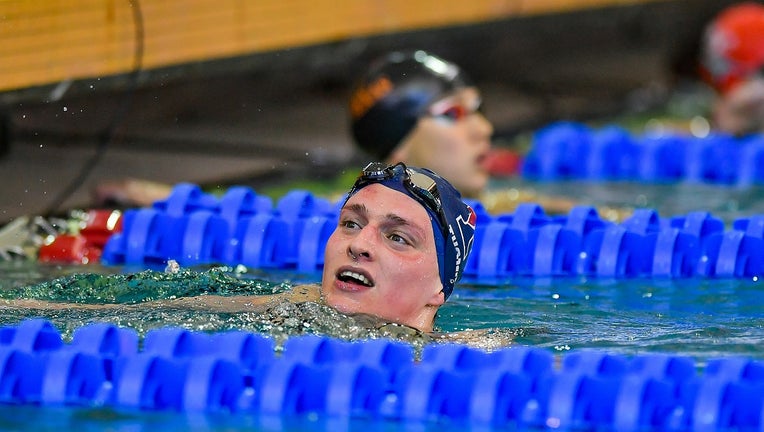 University of Pennsylvania swimmer Lia Thomas reacts after winning the 500 Freestyle finals during the NCAA Swimming and Diving Championships on March 17th, 2022 at the McAuley Aquatic Center in Atlanta Georgia. (Photo by Rich von Biberstein/Icon Spo

ATLANTA - University of Pennsylvania swimmer Lia Thomas is the first known transgender woman to win an NCAA Division I swimming title. She met that goal on the campus of Georgia Tech in Atlanta on Thursday evening.

The college senior who was the No. 1 seed finished the 500-yard freestyle with a 4:33.24 and picked up the victory. According to the University of Pennsylvania, Thomas set a program record with the mark.

Thomas was about three seconds off Georgia Tech’s pool record, which was set by Leah Smith of Virginia in 2016 with a mark of 4:30.81. Katie Ledecky holds the NCAA record with a 4:24.06 at the national championships.

In this race, Thomas beat out Virginia freshman Emma Weyant by more than one second and Texas freshman Erica Sullivan by at least two. Brooke Forde, who won a silver medal at the Olympics in Tokyo over the summer in the 4x200-meter freestyle, raced for Stanford and finished in fourth with a 4:36.18.

Thomas, a 22-year-old transgender woman, is one of 322 athletes that qualified for the men’s and women’s championships this week after securing several records at the Ivy League Championships last month with wins in the 100, 200 and 500 freestyle events.

Her dominance in the pool comes amid a heated debate on whether transgender female athletes should be allowed to compete against biological females.

Protests ahead of trans-woman competing in NCAA swimming championship

Both supporters and protesters of University of Pennsylvania swimmer Lia Thomas took to the Georgia Tech campus on Thursday ahead of her competing in the 500-yard freestyle competition.

Protesters and supporters were outside the McAuley Aquatic Center on the Georgia Tech campus before the meet.

Columnist Matt Walsh hosted a speech on Monday at Georgia Tech denouncing Georgia Tech's hosting the upcoming NCAA Women Swim meet that will have a transgender athlete competing for an out-of-state school.

The NCAA updated its transgender participation policy back in January to defer to the guidance of each sport’s governing body. The NCAA announced that its policy would become effective in March, starting with the Division I Women’s Swimming and Diving Championships.

Thomas is a former male swimmer for Penn. She has followed NCAA and Ivy League rules since she began her transition in 2019 by starting hormone replacement therapy. 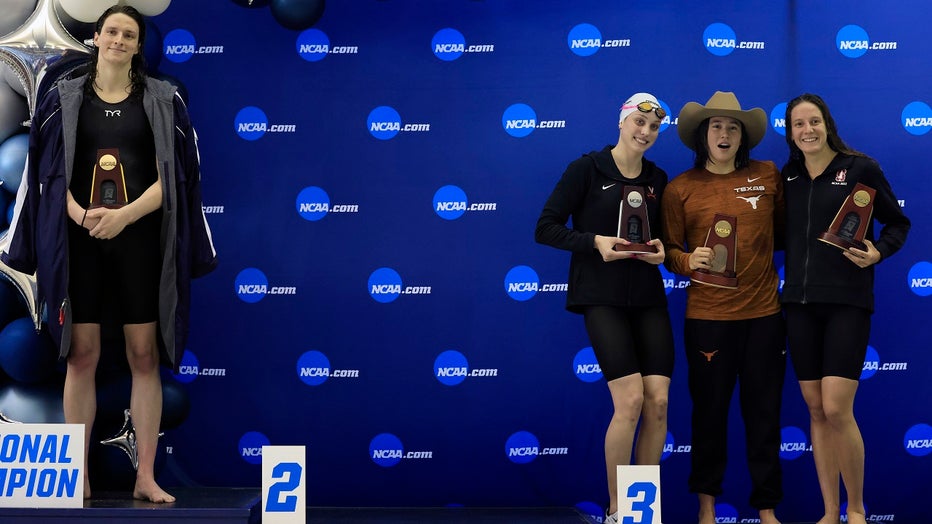 Transgender woman Lia Thomas (L) of the University of Pennsylvania stands on the podium after winning the 500-yard freestyle as other medalists (L-R) Emma Weyant, Erica Sullivan and Brooke Forde pose for a photo at the NCAA Division I Women's Swimmin

USA Swimming updated its policy shortly after requiring transgender athletes who are competing at an elite level to have small levels of testosterone — half of what Thomas was allowed to compete with — for at least 36 months before being eligible, but the NCAA said weeks later that the Administrative Subcommittee of the Committee on Competitive Safeguards and Medical Aspects of Sports (CMAS) decided that it wouldn’t alter its testosterone guidance, stating that "implementing additional changes at this time could have unfair and potentially detrimental impacts on schools and student-athletes intending to compete in 2022 NCAA women's swimming championships."

The championship continues through the weekend.

FOX News and the Associated Press contributed to this report