The 845-page report released Thursday comes after the panel interviewed more than 1,000 witnesses, held 10 hearings and obtained millions of pages of documents. The final report asserts that Donald Trump criminally engaged in a "multi-part conspiracy" to overturn the lawful results of the 2020 presidential election and failed to act to stop his supporters from attacking the Capitol.

LAS VEGAS - New transcripts of closed-door testimony to the Jan. 6 House committee show Donald Trump and his allies had a direct hand in the Nevada Republican Party’s scheme to send a phony electoral certificate to Congress in 2020 in a last-ditch attempt to keep the former president in power.

That day, six Nevada GOP members signed certificates falsely stating that Trump won Nevada in 2020 and sent them to Congress and the National Archives, where they were ultimately ignored. The House committee investigating the Jan. 6 attack on the Capitol is digging into the role that these fake electors in key battleground states had in Trump’s attempt to cling to power after his 2020 defeat.

McDonald and DeGraffenreid invoked Fifth Amendment protection hundreds of times in their separate interviews with the Jan. 6 committee, refusing to answer questions about their involvement and the extent to which Trump's top allies had helped in orchestrating the plot.

Still, the transcripts provide an unprecedented view into the Trump team's coordinated efforts in Nevada to overturn the results of the election — efforts that included direct communication between McDonald and the president himself.

On Nov. 4, 2020, for example, the day after the election, McDonald had a conference call with Trump, his then-chief of staff Mark Meadows, attorney Rudy Giuliani and son Eric Trump.

"They want full attack mode," McDonald later wrote in a text message describing that call. "We're gonna have a war room meeting in about an hour."

Both McDonald and DeGraffenreid turned over their communications to the Jan. 6 committee related to the fake elector scheme. The FBI also seized McDonald’s cellphone in June as part of an investigation into the scheme. 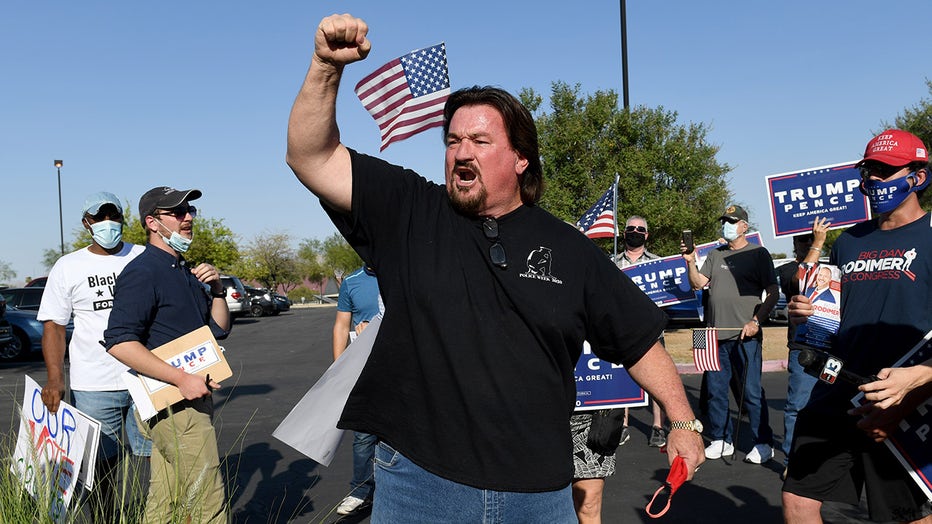 Those documents, detailed at length in the transcripts, included text messages, emails and internal memorandums distributed by the national GOP arm; handwritten charts, templates for press releases and the phony certificate itself; and talking points "explaining the rationale for the electors."

The planning was extensive, the transcripts show, and began as early as four days before the election, when state party officials began discussing whether Nevada’s Republican secretary of state, Barbara Cegavske, would sign off on the alternate slate of electors.

DeGraffenreid, in a text conversation with party officials, said Cegavske "might do a lot of things, but sending a slate of Republican electors without them being clearly the winners of the popular vote is not one of them."

Cegavske ultimately certified President Joe Biden’s victory in Nevada, defending the results as reliable and accurate despite attacks from Trump and others within her own party, which led the Nevada Republican Party to censure her. She later conducted an investigation that found no credible evidence of widespread voter fraud throughout the state.

Meanwhile, the day before the slate of fake electors met, the transcripts show McDonald grew increasingly frustrated with the RNC’s direction over how to conduct the certificate signing. It appeared that he had gone back and forth with the RNC about logistics of the ceremony: the location, how they would publicize it and what they would say in their speeches.

"RNC essentially put us in a box on what we can say, but doesn’t sound too bad," Shawn Meehan, one of the fake electors, said in a text to DeGraffenreid.

Meehan also told DeGraffenreid that McDonald wanted a smaller group that would plan the final details over breakfast, and that he is "stressing on the optics." It was visible to several of the fake electors — that same day, another fake elector had texted DeGraffenreid that McDonald was upset with "mixed messages and direction on publicity for tomorrow."

"He’s very concerned RNC will cut cord if it looks bad and steal credit if we do well," Meehan messaged.

"I know," DeGraffenreid responded. "He’s concerned that we look like foolish crybabies."

Ultimately, the Nevada Republican Party would press forward, and after nearly two months of planning, McDonald, DeGraffenreid and the other fake electors gathered outside the Capitol building in Carson City for a ceremony.

"History made today in Carson City, Nevada," the state party would write on social media after the ceremony, "as @McDonaldNV leads our electors in casting Nevada’s 6 electoral votes for the winner of Nevada, @realDonaldTrump and @Mike_Pence!"

McDonald did not immediately respond to requests for comment Thursday evening. A lawyer for DeGraffenreid said he declined to comment.

The nine-member committee investigating the Jan. 6, 2021, Capitol riot will dissolve when Republicans take over the House next month. The committee on Thursday released its full 800-plus page report of its 18-month investigation, which they hope will lead to criminal charges against Trump and his key allies.