DALLAS - Despite a $50,000 reward being offered, Dallas police have not gotten the lead they need to find those behind the killing of armed security officer Jose Montes Jr. and robbery of the money intended for an ATM.

One of only clues for Dallas PD Det. Tonya McDaniel is the white Volkswagen Passat carrying the shooter that witnesses said was driven by a woman.

Detectives don't have a lot of information about the crime, but do know the ATM robbery where Montes was killed was definitely planned. 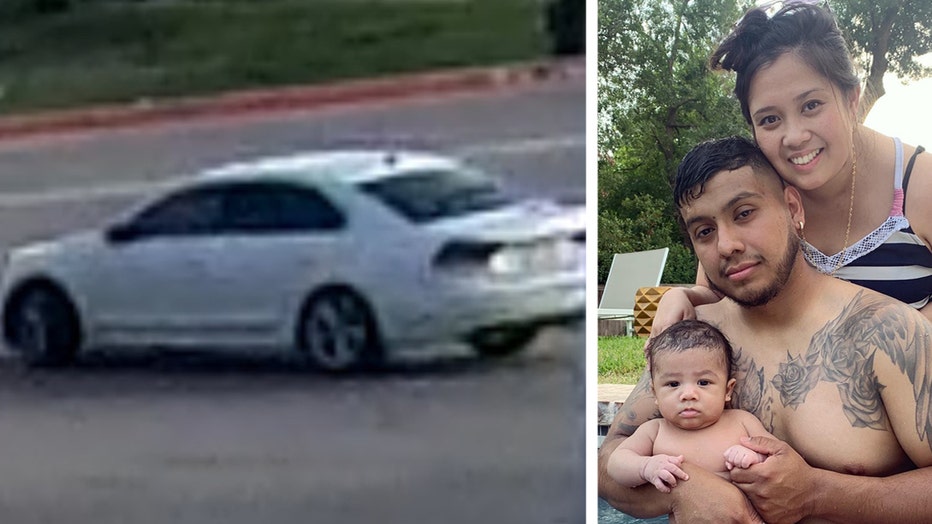 A white Volkswagen Passat pulled into the parking lot of the Neighborhood Credit Union just after 8:15 a.m. on Monday, September 14.

That was 36 minutes before the armored vehicle carrying Montes and his partner arrived to service the credit union's ATM.

“This is not something they stumbled upon,” Det. McDaniel said. “They planned this activity, they planned their action.”

Just before 9 a.m., the TouchPoint armored van pulled in and parked in front of the credit union.

“Soon as the van pulls in, an individual approaches the van, yells police, catches both of the employees, Jose and his co-worker, off guard. He yells out to them, ‘Don't reach,’ and before you know it, a gunshot is heard,” McDaniel explained.

Montes, a father of a five-month-old son, was killed.

A minute after the armored vehicle pulled in, the gunman jumped in the Passat’s passenger side, and it pulled away northbound on Cockrell Hill.

Det. McDaniel doesn’t know whether it goes east or west on the interstate.

All she has are the images of the white Passat and any possible witnesses.

“If you know somebody with one of those, you let somebody borrow it, a family member…somebody might have left town very quickly, you know. If somebody in your family, your friend is acting suspicious,” the detective said. “You can see the signs.”

Det. McDaniel needs to hear from anyone who may have information about this case.

“When I spoke with the family. They made me look at [his] little baby and tell them that I would not stop working to solve this murder,” she said. “And that was pretty emotional, to have to look at this little child, you know?”

Crime Stoppers is offering a $50,000 reward for information in this murder.