The first Rolex robbery happened on August 31. Video shows the suspect going in, then snatching the watch from the clerk, before running out.

Both of the robberies were carried out in the same style about two weeks apart. Police hope the public can track down the two men in the chronometer caper.

“We’ve had a couple of ‘em. One as recent as two days ago. We had one at this location that occurred on the last day of August, and they're pretty brazen,” Plano PD Officer David Tilley said.

Officer Tilley said the grab and run robbery happened at the Adore Bijoux jewelry store located in the 2200 block of Dallas Parkway in Plano.

Video shows the Rolex robber enter the store at about 5:15 p.m. on Saturday, August 31.

“Goes inside the jewelry store, wants to look at a Rolex watch, so the clerk is grabbing one of the Rolex watches he's asked to look at it, and begins to hand it to him for him to take a look at. At which point, he pretty much grabs it, and without any further conversation, takes off running out the door,” Tilley said.

Solitaires jewelry store at the Shops at Legacy in Plano also lost the same styled watch just days ago, on September 16.

The thief walked into the store and asked to see a particular Rolex. He then asked to compare it to another watch, and when the clerk said no, he took off with the time piece.

He left the Shops at Legacy in a double cab Ford F-150. The truck had something that looks like a tool box near the tail gate, not behind the rear window.

“The individual has short sleeves on, and he had tattoos on both of his arms. Both of the individuals had earrings in each of their ears,” Tilley said.

Police said both suspects are described as being between 5-foot-6 and 5-foot-10, with a medium or athletic build. 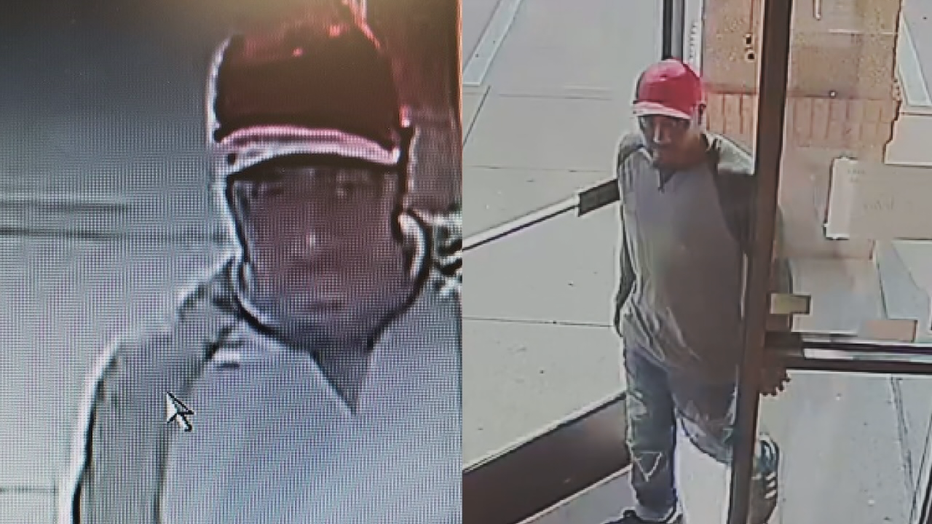 “I think if someone knows who these guys are, the video is clear enough they can identify them,” Tilley added.

Police also believe a white car with black racing stripes on the hood could be connected. Plano police think they might be working together.

They’re hoping the Rolex robbers soon run out of time.

“We believe, since we've had two in our city, these individuals are going to keep committing crimes as long as they can get away from it, and there’s always the potential that something could turn violent. So we want to get these guys off the streets before that happens,” Tilley said.

Crime Stoppers is offering reward money for information on these suspects. If you think you know them, you can call 214-373-8477.