In this week’s Trackdown, Dallas homicide detectives are looking for a person of interest who left a Mercedes SUV early Sunday morning that had a man dying inside.

DALLAS - In this week’s Trackdown, Dallas homicide detectives are looking for a person of interest who left a Mercedes SUV early Sunday morning that had a man dying inside.

Police have surveillance video of the person of interest, who was the driver, but the Mercedes belonged to the man who died in the passenger seat.

DPD Det. John Valdez just needs one person to do the right thing and help identify the man.

"What bothers me is I believe there are people who know who he is and won't tell me," Valdez said.

The detective said he was seen quickly moving away from the Mercedes SUV that he parked in the 1000 block of Wilbur, in Southwest Oak Cliff, at 1:30 a.m. on June 13.

Steven Valadez’s life was slipping away from gunshot wounds in the passenger seat, while the person of interest was behind the wheel. 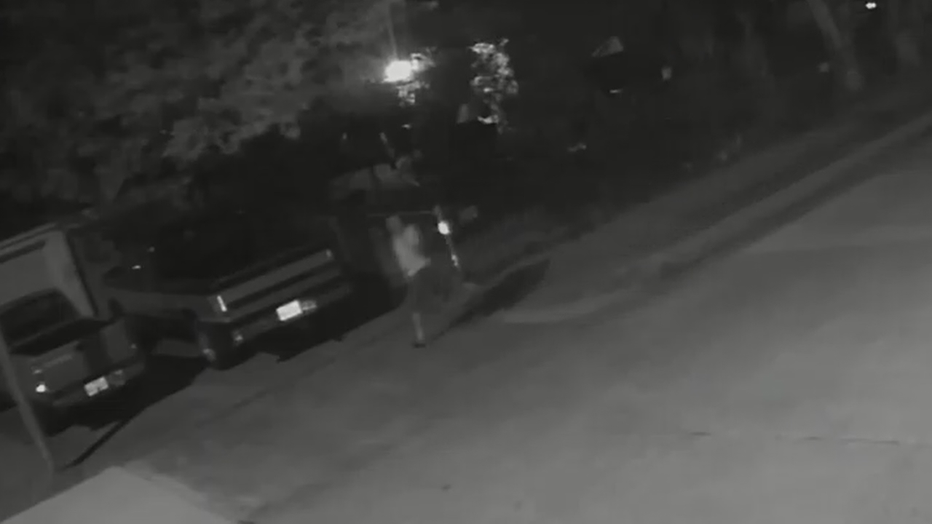 "He calls somebody to come get him. It’s very obvious, because within five minutes, a black sedan pulls up," Det. Valdez said.

Police are working to identify the man who drove Valadez to that area, before leaving him on the side of the road.

Valdez also said another vehicle pulled up about 15 minutes later, and it was Valadez’s relatives.

While a memorial has been built where Valadez lost his life, no one has helped Det. Valdez build a case.

Anyone with information is asked to call Det. Valdez at 214-671-3623 or email him at john.valdez@dallascityhall.com.