In the week’s Trackdown, Dallas police have asked for help finding the killer of an immigrant from Tanzania who was working overnights at a 7-Eleven to help his family in his native land.

DALLAS - In the week’s Trackdown, Dallas police have asked for help finding the killer of an immigrant from Tanzania who was working overnights at a 7-Eleven to help his family in his native land.

Video shows the suspect with a gun pointed at the clerk seconds before he takes his life.

There are a couple of things that stand out about the gunman who killed the 7-Eleven clerk, and Dallas PD Detective Abel Lopez hopes it’s enough that someone can give him the information he needs. 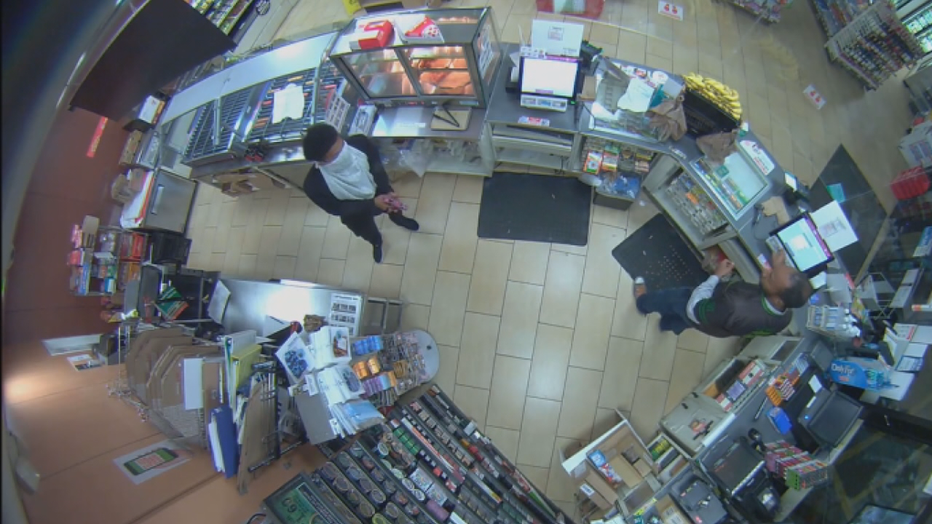 “The clerk was in there by himself,” Det. Lopez said. “You can see the suspect immediately as he enters the store the clerk approaches him.”

Working alone was Johnson Mdoe, an immigrant from Tanzania.

“All the employees that spoke about him speak very highly of him. He has daughters back home, and supposedly he was trying to take care of them,” Lopez explained.

The suspect with robbery on his mind and a gun in his hand ordered Mdoe to the registers.

“They were behind the counter and the suspect has a gun and he keeps switching it between - from right hand to the left - and he seems nervous. He doesn’t handle the gun very well,” Lopez said.

And there are a couple of things that jump out at about the suspect.

First, the 9mm gun in his hand was pink and camouflage, and he was also wearing a watch that stands out on his left wrist.

It was a black watch with a large face, and the shooter might also have tattoos on his hands and arms, which could explain why he was wearing long sleeves in the middle of a hot summer night.

While the suspect and Mdoe were behind the counter, Mdoe got one money tray, and the robber took the cash.

But the clerk couldn’t get the second cash register open. He spent agonizing seconds trying, but he appeared to be nervous, as a gun was being waved around.

Then Mdoe was fatally shot.

“Mr. Mdoe tried to grab the suspect, and at that point, the suspect turned around, shot him,” Det. Lopez said. “We need help from the community. I haven’t gotten any tips on this at all. He's very recognizable. The video is very clear.”

There is a $15,000 reward being offered for information, and Lopez hopes someone knows the shooter’s name or nickname and can help them bring justice for Mdoe’s family.