The city of Dallas is counting on a presidential disaster declaration to be able to cover the public cost of October's tornado outbreak.

DALLAS - The city of Dallas is counting on a presidential disaster declaration to be able to cover the public cost of October's tornado outbreak.

The city is estimating the recovery will cost the city an estimated $60 million. It is above and beyond what insurance will cover and a cost that goes past what the city has in its reserve fund.

The Dallas City Council gave the go-ahead on Wednesday that will allow the city to forge ahead with traffic signal repairs, debris removal and other expenses. But council members put the brakes on before voting on a provision that would have allowed the city to raise taxes without going to voters.

Council members applauded the city's response to the EF-3 tornado that ripped through an 11-mile swath of the city, leaving a path of costly destruction. But it was then time to face the reality of expenses ahead.

The city estimates replacing traffic signals, removing debris and repairing facilities will cost $60 million, which is well beyond the city's reserve fund. 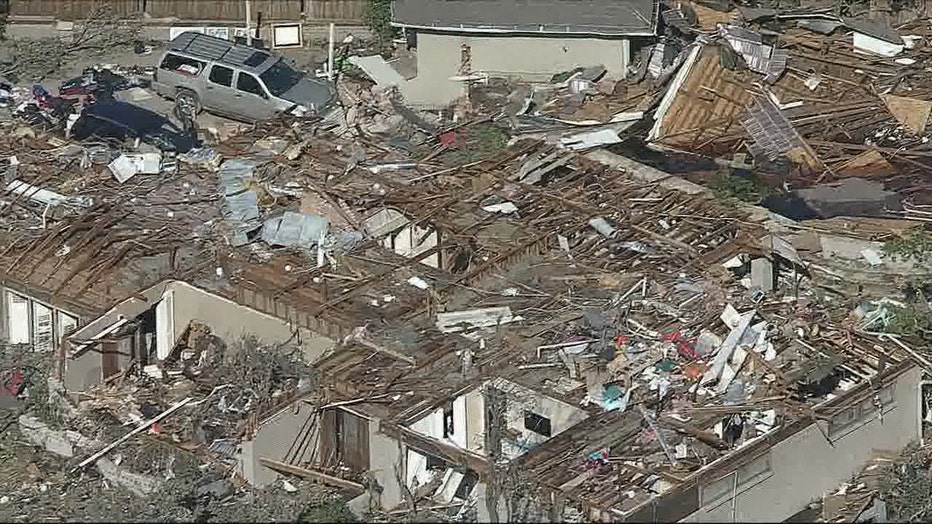 While there were not enough private buildings damaged for homeowners to receive FEMA assistance, the city does expect that municipal losses will meet the threshold to receive a presidential disaster declaration.

“We feel we exceeded that,” said Rocky Vaz with the Office of Emergency Management. “FEMA is looking at that and validating our numbers right now.”

But even with FEMA assistance, Reich warned Dallas will still need to replenish its reserve fund, meaning a tax increase beyond the state's new cap.

“I think we need to be mindful of replacing the reserves and potential lost revenue,” she said.

And while the state will allow a city that faced a disaster to raise taxes without going to voters, city council members are not yet ready to take even a preliminary step in that direction.

The Dallas City Council did authorize the Dallas Central Appraisal District to automatically reappraise damaged property in order to give tornado victims some tax relief.