FORT WORTH, Texas - The public was invited Monday to meet the candidates for a new position in the city of Fort Worth designed to improve race relations.

City leaders held a forum for the finalists for the diversity and Inclusion director position.

The six candidates have already been through a series of interviews, panels and events leading up to the forum. They faced questions from the Fort Worth Race and Culture Task Force and the audience about their past experiences and qualifications.

Whoever’s selected will head up a department of 14 and ensure the city is in compliance with anti-discrimination policy.

Rows of little blue chairs filled the auditorium at Morningside Elementary School Monday night. But instead of students and teachers, city leaders and concerned citizens filled the seats to hear from the candidates for the city’s new diversity and inclusion director position.

The field of more than 300 applicants was narrowed down to six people with various backgrounds ranging from public affairs to diversity recruiting to the legal field. 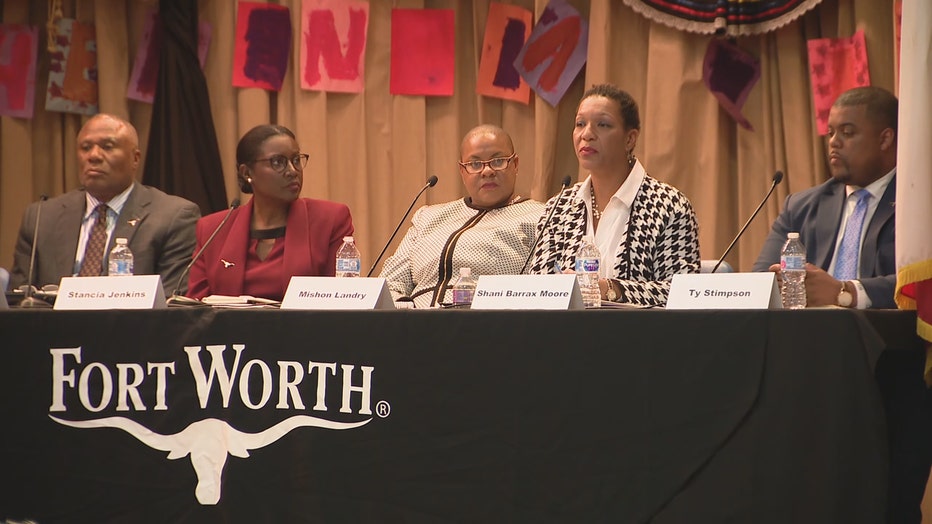 The director will be responsible for implementing the 22 recommendations from the city’s race and culture task force that was formed after the arrest of Jacqueline Craig and her two teenage daughters in 2016. Craig sat in the audience at Monday night's forum.

Among the task force recommendations was creating independent oversight of the police department. That issue was thrust to the forefront after Fort Worth Police Officer Aaron Dean fatally shot Atatiana Jefferson in her home on Oct. 12.

“I’ve been waiting 40 years to get to this point,” he said. “And as Sam Cooke said: ‘It’s been a long time coming, but I know a change is gonna come.’”

The candidates will continue the interview process with city leaders on Tuesday. They hope to narrow it down to a top two at some point this week.