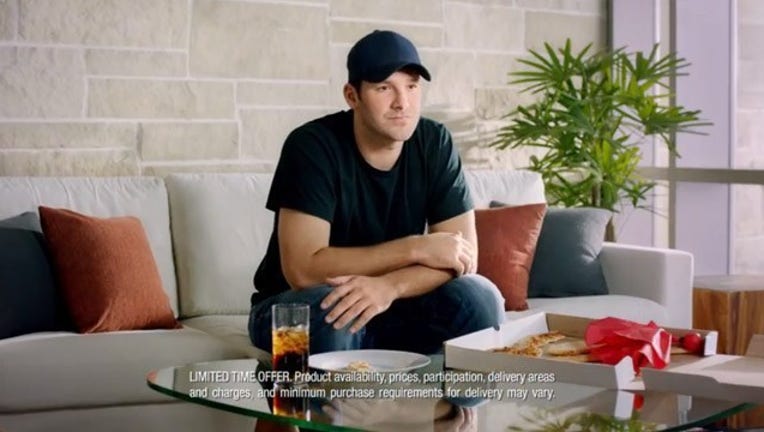 Tony Romo isn't in Super Bowl XLIX on Sunday, but he will be in a commercial that airs that day with a reminder of why Dallas isn't in the big game.

Romo's appearance comes in the final part of the 30 second commercial when a red challenge flag is tossed into a pizza box on a table in front of him.

His reaction: "Not again."

It's a not-so-subtle allusion to the controversial Dez Bryant catch against the Green Bay Packers that was changed on an instant replay challenge.