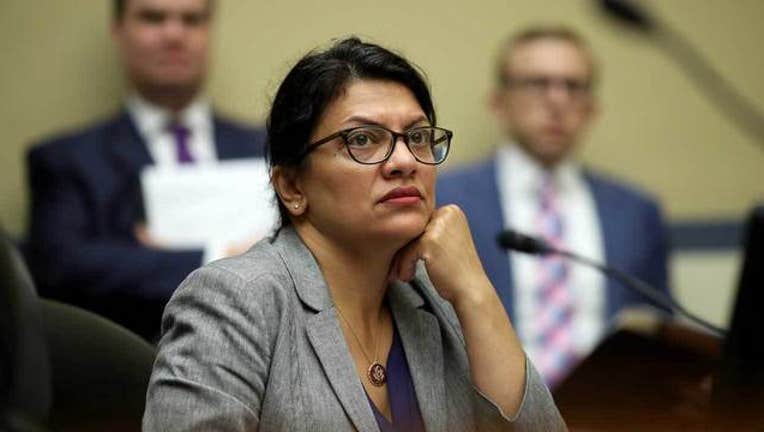 (FOX 2) - Hours after Michigan Rep. Rashida Tlaib was granted permission to enter the Israeli-occupied West Bank on humanitarian grounds to visit her grandmother, she said in a statement that she's decided not to travel there afterall.

"In my attempt to visit Palestine, I’ve experienced the same racist treatment that many Palestinian-Americans endure when encountering the Israeli government," her statement reads.

"The Israeli government used my love and desire to see my grandmother to silence me and made my ability to do so contingent upon my signing a letter - reflecting just how undemocratic and afraid they are of the truth my trip would reveal about what is happening in the State of Israel and to Palestinians living under occupation with United States support."

Tlaib didn't elaborate on what signing the letter involved.

On Thursday, she and Minnesota Rep. Ilhan Omar were banned from entering the country due to their support of a Palestinian-led boycott movement.

Israel announced its unprecedented decision to ban them after President Trump said in a tweet that "it would show great weakness" if Israel allowed them to visit. "They hate Israel & all Jewish people, & there is nothing that can be said or done to change their minds," the president wrote Thursday, calling the two congresswomen "a disgrace."

The representatives were set to visit Israel this weekend with some of their colleagues when they learned of the ban, but this was also a personal trip for Tlaib as well, whose 90-year-old grandmother lives in the West Bank.

In her letter of request to Israeli authorities, Tlaib said this would likely be the last chance to see her grandmother. On Friday, Israeli Interior Minister Aryeh Deri announced the latest twist - that Tlaib could enter the West Bank on humanitarian grounds to see her relatives. The Interior Ministry released a letter purportedly signed by Tlaib in which she promised not to advocate boycotts during her visit.

But then Friday morning she said in a statement that she's decided not to travel to Palestine and Israel at this time.

She tweeted that "visiting her grandmother under these oppressive conditions stands against everything I believe in--fighting against racism, oppression & injustice."

"Silencing me & treating me like a criminal is not what she wants for me. It would kill a piece of me."

"When I won [the election], it gave the Palestinian people hope that someone will finally speak the truth about the inhumane conditions. I can't allow the State of Israel to take away that light by humiliating me & use my love for my sity [my grandmother] to bow down to their oppressive & racist policies."

"Rep. Tlaib just tweeted that she won't be coming to Israel. Just yesterday she sent me a letter, asking to visit her 90 year old grandmother saying, "it might be my last chance to meet her," he wrote. "I approved her request as a gesture of goodwill on a humanitarian basis, but it was just a provocative request, aimed at bashing the State of Israel. Apparently her hate for Israel overcomes her love for her grandmother."

Fox 2 reported on this story from Southfield, Mich.