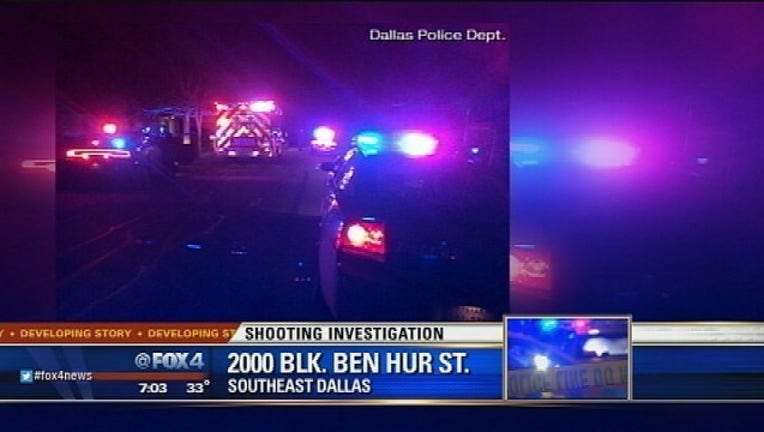 Three people were shot in southeast Dallas around 4:30 Sunday morning.

Dallas police are investigating the shooting in the 2000 block of Ben Hur Street.

One person was killed in the shooting and two men in their 50's were taken to the hospital, according to Dallas police.