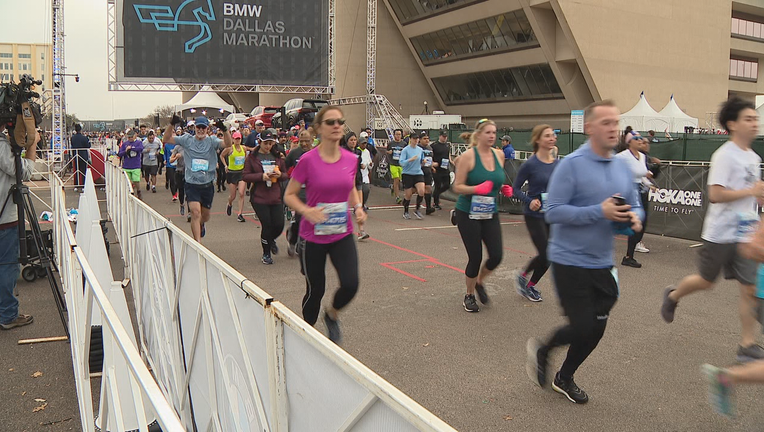 The race route winds through Downtown Dallas, neighborhoods around White Rock Lake, down the Katy Trail, then ends at Dallas City Hall.

Runners said they trained for up to a year for the race.

The winner of the men's competition said he's worked years to finish first, while the women's winner won on her first try.

"Really happy to be done. Feeling pretty accomplished for this being my first one,” the women’s winner, 27-year-old Lexie Greitzer, said.

“It was exhilarating. The fans out here are amazing,” the men’s winner, 30-year-old Aaron Sherf, added. “It's just fun. Some people call me crazy, but I really enjoy it."

16,000 people travel from around the country and world to take part in the race. More than 25 countries and all 50 states were represented.

And the race is all to support local hospitals.

“A great cause. Texas Scottish Rite Children's Hospital. The funding goes to that hospital to support the funding they do for kids, and it’s a way to showcase the city of Dallas,” president of runDallas, Paul Lambert, said.