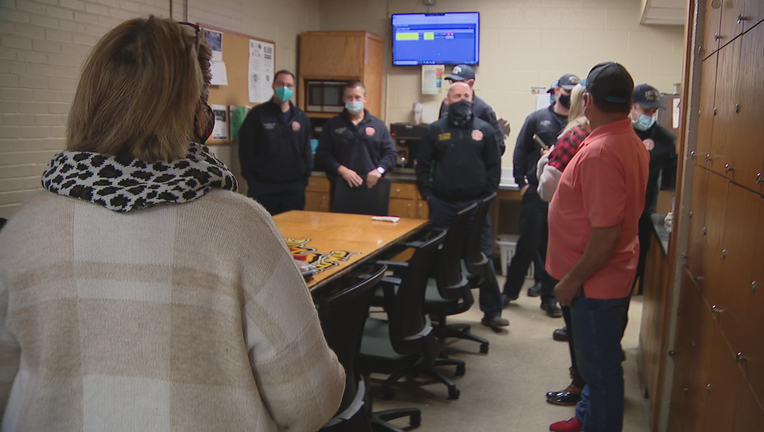 LEWISVILLE, Texas - Thousands of first responders across North Texas received a holiday meal thanks to the hard work of volunteers.

Volunteers gave out 5,000 meals to first responders on Christmas Day.

Not all of the people had been a part of this before.

"This is totally out of character for me. I mean, I help a lot of people, I do a lot of things but I never did anything like this on Christmas Day," said Sabrina Ragland, Feed A Hero Volunteer.

But Ragland said 2020 has changed her outlook.

"To me, Christmas Day was about me, but like I said, this year’s so different."

Feed-A-Hero hosts year-round events, but Christmas is special. It’s been organizing since 2013 — when it fed six firefighters. It now feeds thousands.

"It makes me feel good to help them out because, you know, they’re not with their families so it’s a good way to say thank you for what they do for us," said Jeff and Tonya Featherston, Feed A Hero volunteers.

Organizers put the meals together on Christmas Eve. They re-group Christmas morning to send small groups to different locations across DFW.

Often times, the deliveries are a surprise, like it was for a group of Coppell firefighters.

"So they’re like, you’re what? You’re with who? You’re bringing us food? So it’s pretty cool," said Susie McInnish, Feed A Hero volunteer.

Volunteers hope it’s the most excitement these heroes see during their holiday shifts.

"Well, let’s hope so, that that means they’re not out on a call," said Beth Bentley, Feed A Hero volunteer

It’s safe to say that — for these volunteers it’s better to give.