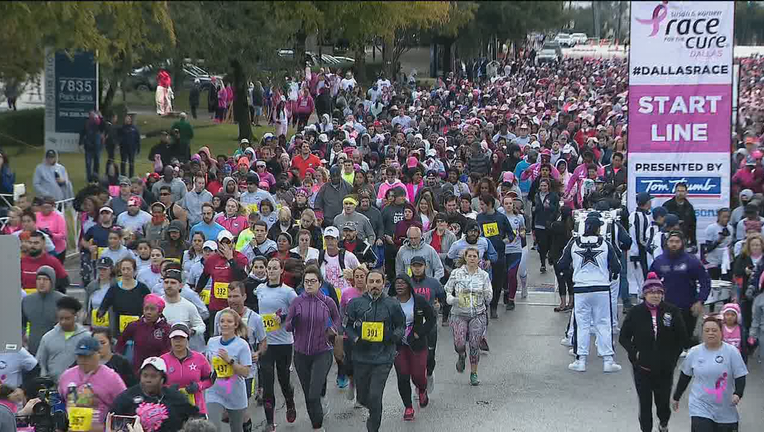 It pays for treatments that restore life, for better care for those with metastatic breast cancer and those whose cancer might be beyond treatment. The race also funds research that’s put to work in labs in North Texas.

No single event does more for the fight against breast cancer in Dallas County than the Race for the Cure. In fact, Komen Dallas treasurer Dan Jones said the organization just surpassed the $1 billion mark for fundraising.

Komen Dallas County has raised more than a billion dollars

Komen Dallas County treasurer Dan Jones says the organization has raised more than $1 billion over the past 37 years to help local residents affected by breast cancer.

The Bridge Breast Network's mission is to save lives by providing access to diagnostics and treatment services for breast cancer. Executive director Terry Wilson Gray explains.

The race itself had a 1K route and a 5K route, both using the streets closed around the shopping center.

Runners took off at 8 a.m. with the elite runners finishing in the first half-hour.  Hundreds of survivors, fighters and family members finished over the course of the hour. 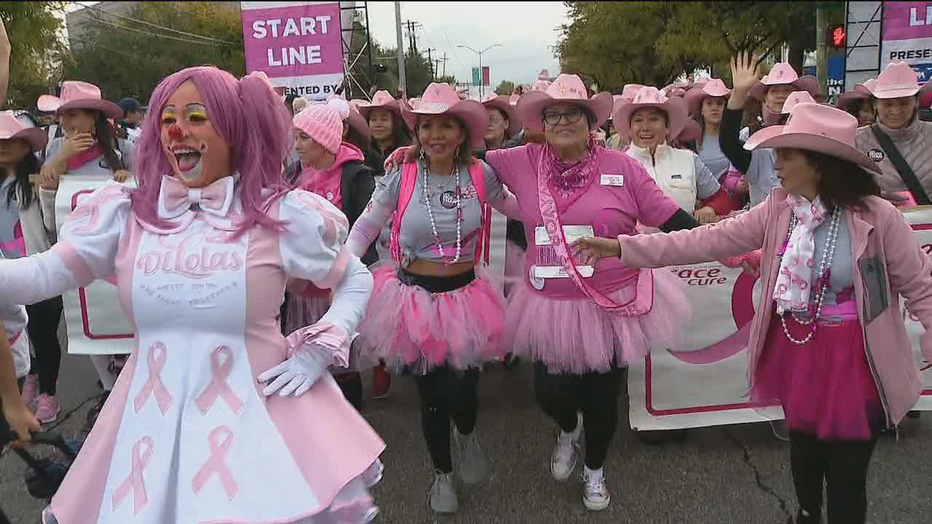 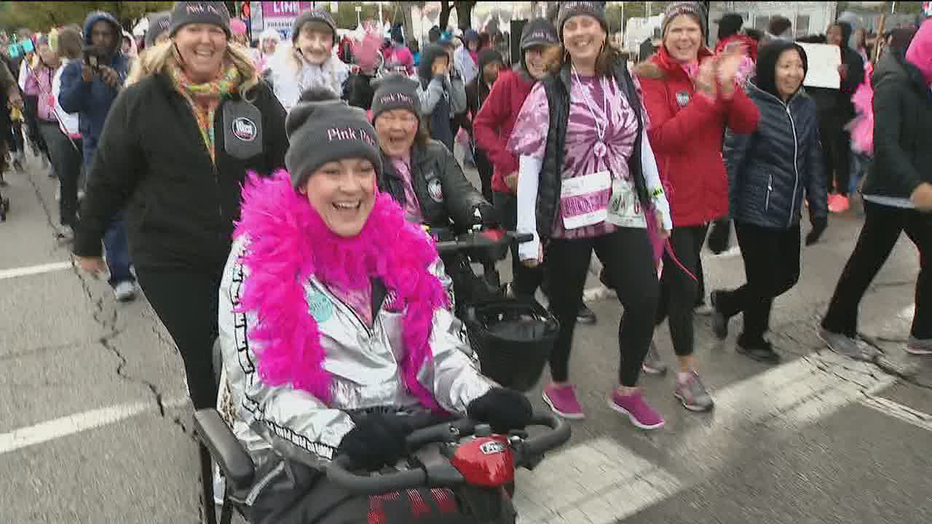 A celebration of life was held afterward with the March of Hope led by the long-term survivors.

The March of Hope marked the end of the 2019 Komen Dallas Race for the Cure with long-term survivors leading the way. There will be more survivors every year thanks to the efforts of Komen Dallas County.

People who were affected by last weekend’s tornado were remembered. Many of the people who live along the race route have been directly impacted by the storm.

They’ve supported the race financially and personally for many years and Komen Dallas County wants them to know how special they are to the organization and the Race for the Cure.

Komen Dallas making changes to Race for the Cure

Komen Dallas executive director Nicole Metclaf says changes are coming. The race will be re-imagined and become the More than Pink Walk.

"We are going to re-imagine and we are going to completely convert the race into what is going to be known as the first-ever Dallas More Thank Pink Walk. So it will be a lot of the same traditions preserved because we know that the March of Hope, for example, is crucial and critical. We're going to celebrate survivors and those living with metastatic breast cancer. And that will continue just maybe a little bit different. And that's all I can say about it right now," she said.

Every person in the race has a story – a story of survival or one of helping a loved one fight the disease. Throughout the morning, FOX 4 shared some of those stories and feature a few of the people who are benefitting from the funding.

Even those will full health insurance can still be drained financially and emotionally by breast cancer. Marilin Mireles explains how Komen Dallas helped her through the disease.

Andrea Szarvas shares her Race for the Cure story

The Komen Dallas Race for the Cure is full of people with unique stories like Andrea Szarvas, who was all set to race this time last year until breast cancer stopped her in her tracks.

Survivors like Mercedes Cruz is keeping her family going strong even though she's fighting breast cancer for the third time. She plans to just keep fight.

No one can fight breast cancer alone. It takes a team. And in the case of one of our survivors, she brought an entire army -- Dee's Army.

The event has a direct impact on lives all over Dallas County, especially those in the most underserved communities in North Texas.

To make a donation, visit komen-dallas.org.