The initiative, known as #TheShowMustBePaused, was created by two black women in the multi-billion dollar music industry that profits greatly from black art.

In solidarity with the fight for racial equality, FOX is participating in the music industry’s blackout on Tuesday, June 2.

The initiative, known as #TheShowMustBePaused, was created by two black women in the multi-billion dollar music industry that profits so greatly from black art.

Jamila Thomas and Brianna Agyemang planned the blackout in response to the deaths of George Floyd, Breonna Taylor, Ahmaud Arbery and the many black citizens who have died at the hands of police.

Their hope is to hold accountable the music industry and all the major corporations and partners who benefit from the efforts of black people.

They want to shine a light on the “long-standing racism and inequality that exists from the boardroom to the boulevard.” 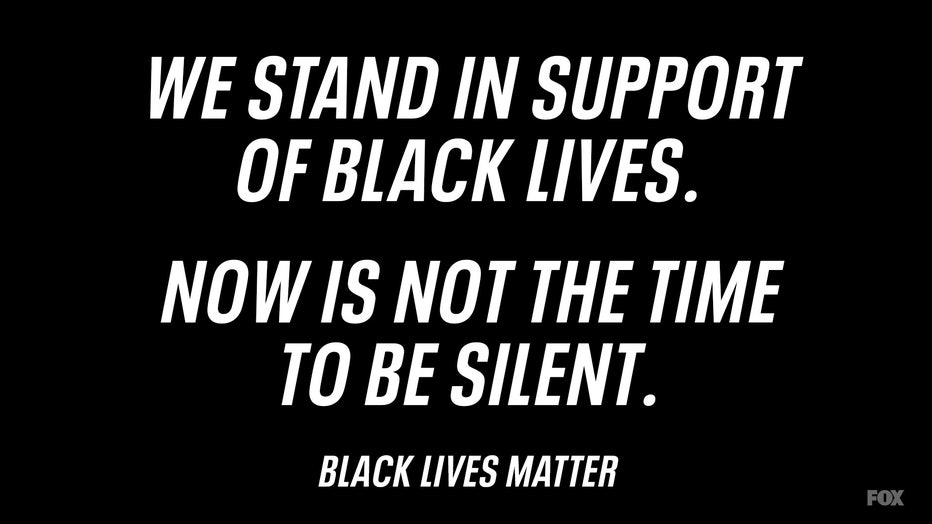 Lachlan Murdoch, the CEO of the FOX Corporation, said the unrest surrounding Floyd’s left him “shocked and saddened.” (Source: FOX)

“Tuesday, June 2nd is meant to intentionally disrupt the work week,” the movement’s website states. “Monday suggests a long weekend, and we can’t wait until Friday for change. It is a day to take a beat for an honest, reflective and productive conversation about what actions we need to collectively take to support the black community.”

Protests spread across the nation when a video surfaced showing a Minneapolis police officer kneeling on Floyd’s neck for nearly nine minutes as three other officers watched.

In March, Taylor was shot and killed while sleeping in her home as police in Louisville executed a “no-knock warrant."

Arbery died in February when two white men allegedly shot him as he jogged through a Georgia neighborhood.

Lachlan Murdoch, the CEO of the FOX Corporation, said the unrest surrounding Floyd’s left him “shocked and saddened.”

“It is essential that we grieve with the Floyd family, closely listen to the voices of peaceful protest and fundamentally understand that black lives matter,” Murdoch wrote in a memo to colleagues.

Organizers stress that Tuesday’s demonstration is not just a 24-hour event, vowing to be in the fight for the long haul with a plan of action.

They provided links to help the families of Floyd, Taylor and Arbery.

This station is owned by the FOX Corporation. This story was written from Atlanta.