"The light bulb. People said what's with the light bulb? I said here's the story," Trump said at Thursday's GOP House Retreat Dinner, according to Newsweek. ​​​​​​"And I looked at it, the bulb that we're being forced to use, number one to me, most importantly, the light's no good. I always look orange. And so do you. The light is the worst."

But professional photographers and makeup artists told the Washington Post that energy-saving light bulbs are probably not to blame.

Jocelyn Augustino, a D.C.-based freelance photographer, told the paper that it is true that bulbs have different light temperatures, but the effect this has on a person’s complexion is usually not very significant.

“When you go into a family’s house, just because there are tungsten lights, I don’t think you look around the room and think everyone looks orange,” she said.

Augustino said that when the president is being photographed or filmed, professional photographers would know to adjust the white balance to make it accurate to what is seen in person, adding that “It’s video or photo 101.”

Tamzin Smith, a portrait photographer in Rockville, Md., told the Post that Trump’s orange glow is “definitely not the lighting.” 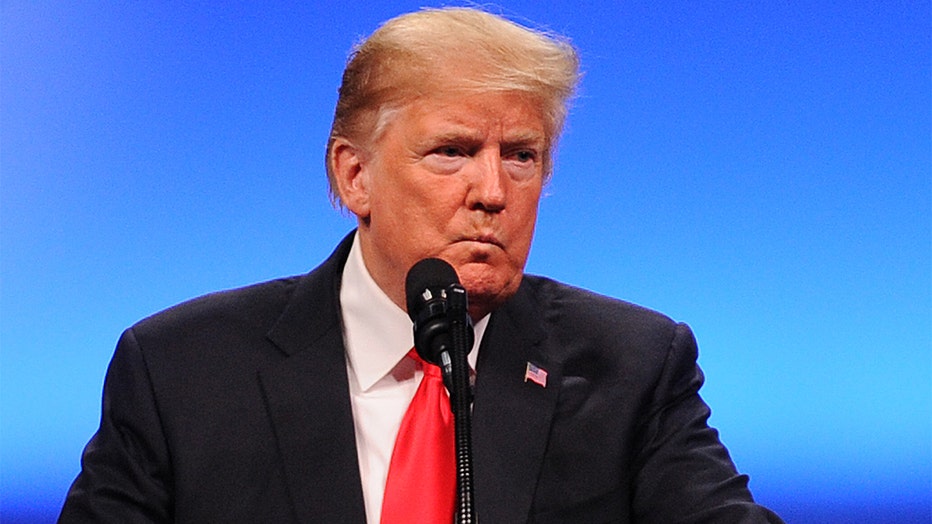 Trump then vocalized another complaint against the energy efficient bulbs.

"But number two, it's many times more expensive than that old incandescent bulb that worked very well. And very importantly—I don't know if you know this—they have warnings. If it breaks it's considered a hazardous waste site. It's gasses inside," he said.

The Department of Energy said that energy efficient light bulbs typically use about 25 to 80 percent less energy than traditional incandescent light bulbs, adding that they can last three to 25 times longer.

The Trump administration rolled back Obama-era energy efficient rules for light bulbs, with the DOE eliminating energy-efficient standards for many light bulbs on the market, Newsweek reported. The DOE argued the move increases customer choice, but campaigners said it will substantially increase energy consumption and household costs, the report said.