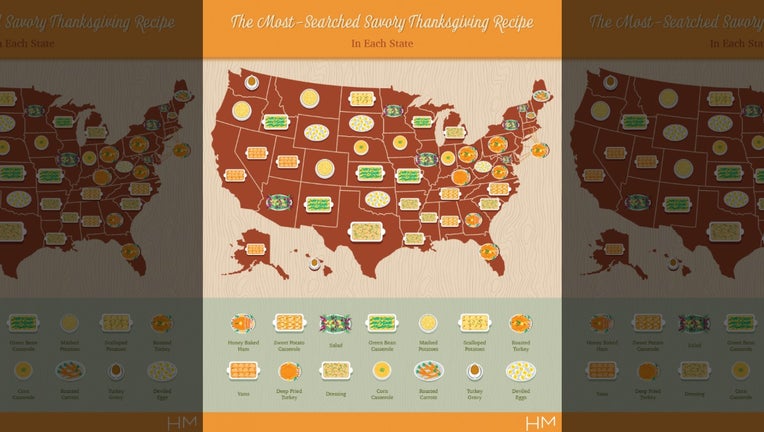 FOX NEWS - The folks in Kentucky are planning to have themselves one heck of a decadent Thanksgiving.

A new study has revealed the country’s most-searched Thanksgiving recipes by state, and while many of us are preferring to stick to the classics (roasted turkey, mashed potatoes, sweet potato casserole, etc.), the foodies in the Bluegrass State are apparently a little more eager to try deep-fried turkey this year.

The data, provided by Google Trends, was collected by home-maintenance website House Method, which also compiled its results into two delicious-looking maps — one for sweet, and one for savory.

Among the more interesting findings include Georgia’s preference for honey-baked ham (at least in terms of people searching the recipe) and both Washington and Hawaii’s need for the perfect gravy recipes, making one wonder if their Thanksgiving turkeys are any drier than the rest of ours.

On the sweeter side, House Method was surprised to find that just as many states were Googling recipes for brownies as they were for the more traditional pumpkin pie. However, pie — in general — was the clear favorite, with dozens of states searching for the perfect recipe, be it pumpkin, pecan, sweet potato or, in the case of one state, apple. (Looking at you, Vermont!) 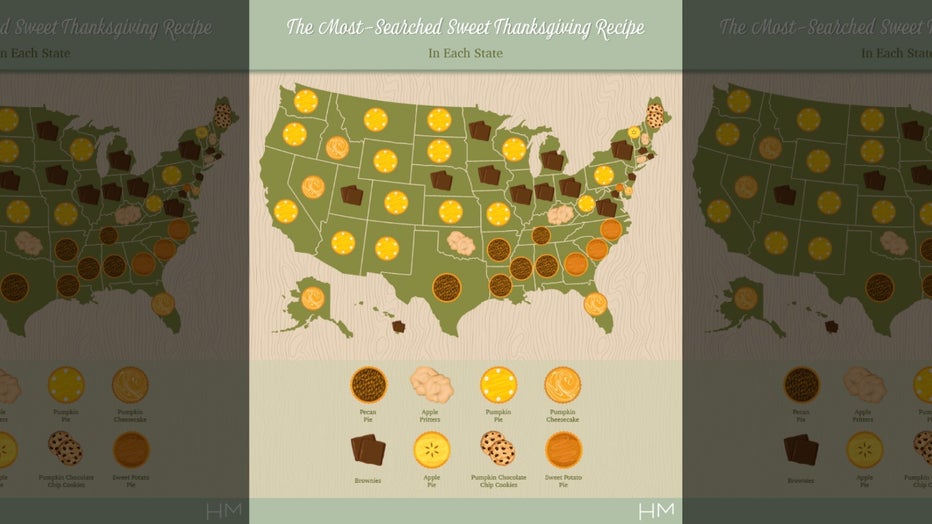 The study’s complete findings can be found at House Method, where, unfortunately, the analysts have already confirmed that pretty much nobody in America wants to eat our extra chunky cranberry sauce.