Scores from the National Assessment of Education Progress, often called the 'Nation's Report Card', show students in every state, including Texas, is seeing historic levels of learning loss since the pandemic began.

Scores from the National Assessment of Education Progress, often called The Nation's Report Card, show students in every state, including Texas, is seeing historic levels of learning loss since the pandemic began. 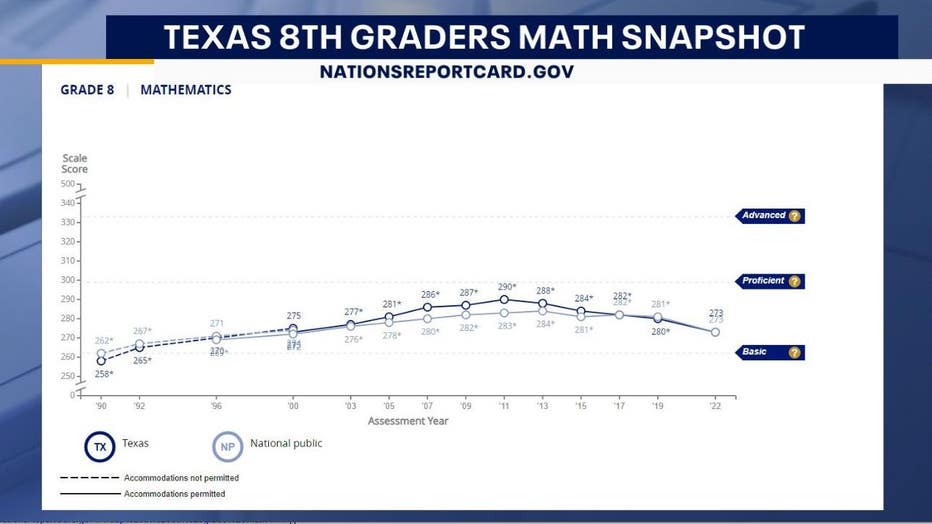 In Texas, fourth grade math scores are at their lowest levels in 20 years.

No state or large urban district recorded any improvements in math.

The latest results show the biggest drop in math performance in 4th and 8th grades since the testing program started more than 30 years ago.

"Changing expectations is probably one of the worst things we can do for kids because we know these 8th graders in 4-5 years they're going to be in college, they are going to start being in the workforce, there's lots they need to do to be prepared. They need adults to step up to make sure they're going to be prepared for their next step," said Anne Wicks, the director of education and opportunity at the George W. Bush Institute.

39 percent of students were below the basic learning level in math. 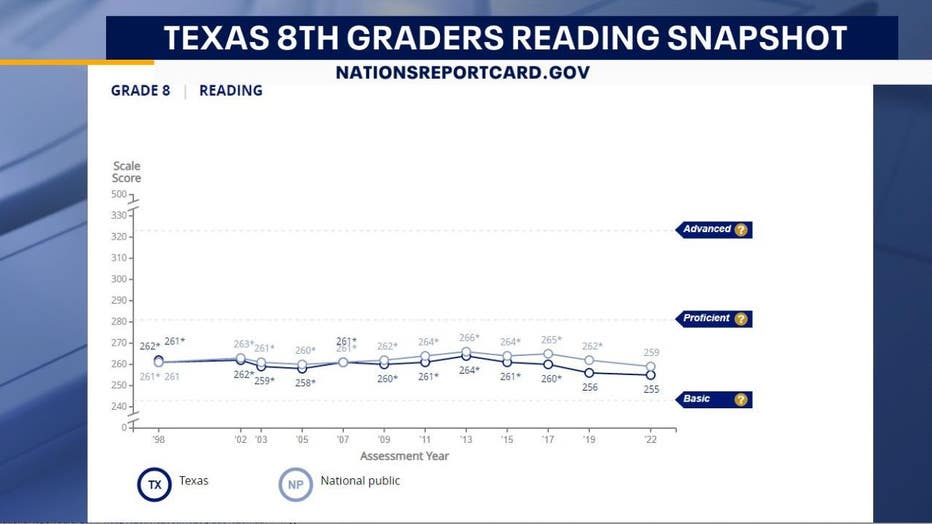 Texas was below average with 35 percent scoring below the basic level on the 2022 tests.

Only about 21 percent of Texas 8th grade readers are considered proficient.

White and Asian students continued to Black and Hispanic students, but losses were seen across the board.

"No child was really immune to this. We saw drops from advanced to proficient to basic and below. Every one of those bands we saw kids move in statistically significant ways down," said Wicks.

Report: Math and reading scores decline across the U.S.

Scores from what's referred to as the Nation's Report Card show historic levels of learning loss across the country since the pandemic began. The results are being called "appalling and unacceptable."

The exam administered by federal officials is considered more rigorous than many state tests.