There is discussion about adding lessons on slavery to social studies for younger Texas students, but the terminology one group of educators proposed using got immediate pushback.

There is discussion about adding lessons on slavery to social studies for younger Texas students, but the terminology one group of educators proposed using got immediate pushback.

The Texas State Board of Education (SBOE) made it clear the group's idea will not go forward.

The state is looking to introduce the subject of slavery earlier than the 5th grade, eventually teaching it to students as young as 2nd grade.

A working group proposed replacing the term slavery with "involuntary relocation," and it’s not sitting well with state board members.

"I don't know if that's a fair representation of what we should be saying about that journey," SBOE Member Aicha Davis said in a June meeting.

Davis also raised concern with a proposal in a social studies working group, with the concern being re-phrasing the word slavery and calling it "involuntary relocation."

"Extremely concerned that we are really watering down the seriousness of the slave trade by using a phrase like that. And I don't support that at all," she said.

Every few years, the SBOE looks at revising curriculum and it assembles working groups of educators to discuss ideas.

For social studies, the state wants to introduce lessons on slavery earlier than 5th grade, with the discussion about how to approach the subject with 2nd graders.

Davis said the working group was given the bill language from SB3, the so-called anti-critical race theory law that creates guidelines for social studies.

She thinks that could have influenced the wording.

"It's just an issue of how much is too much and what causes discomfort," Davis said. "And that takes away from the truthfulness of the situation. So it became more of a priority of comfort rather than truthfulness, and that played a lot into what we received." 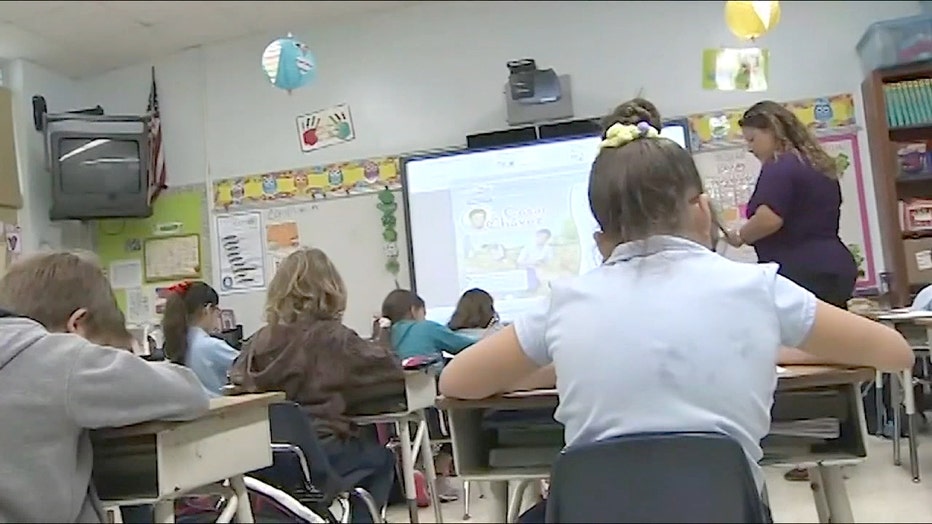 Thursday night, the TEA said: "The SBOE provided feedback in the meeting indicating that the working group needed to change the language related to ‘involuntary relocation’....Any assertion that the SBOE is considering downplaying the roll of slavery in American history is completely inaccurate."

The working group is comprised of nine educators, including three from North Texas.

"While the proposed standards clearly described enslaved peoples in colonial times, the draft description ‘involuntary relocation’ for African peoples who were sold into slavery did not paint a clear or full picture. As a result, the SBOE voted unanimously to send the language back to be reworked," Ellis said in a statement.

"Our workgroups felt that they wanted students to talk about it a little bit earlier than that. So the intent was there to broaden the discussion about it," Davis said. "It just became an issue when we thought about the correct terminology and the language and the age appropriateness.

The working group won’t meet again until next month.