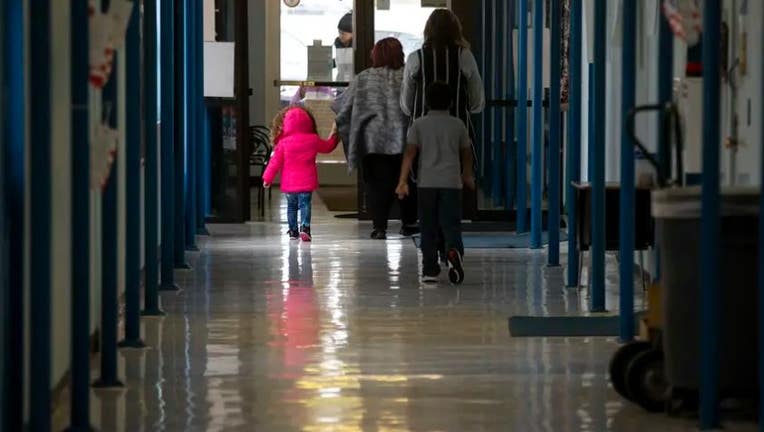 **NOTE: The headline to the original article was shortened for length**

A group of Texas educators have proposed to the Texas State Board of Education that slavery should be taught as "involuntary relocation" during second grade social studies instruction, but board members have asked them to reconsider the phrasing, according to the state board’s chair.

"The board -- with unanimous consent -- directed the work group to revisit that specific language," Keven Ellis, chair of the Texas State Board of Education said in a statement issued late Thursday.

The working group of nine educators, including a professor at the University of Texas Rio Grande Valley, is one of many such groups advising the state education board to make curriculum changes. This summer, the board will consider updates to social studies instruction a year after lawmakers passed a law to keep topics that make students "feel discomfort" out of Texas classrooms. The board will have a final vote on the curriculum in November.

The suggested change surfaced late during its June 15 meeting that lasted more than 12 hours. Board member Aicha Davis, a Democrat who represents Dallas and Fort Worth, brought up concerns to the board saying that wording is not a "fair representation" of the slave trade. The board, upon reading the language in the suggested curriculum, sent the working draft back for revision.

"For K-2, carefully examine the language used to describe events, specifically the term ‘involuntary relocation,’" the state board wrote in its guidance to the work group.

"I can’t say what their intention was, but that’s not going to be acceptable," Davis told The Texas Tribune on Thursday. In 2015, Texas attracted attention when it was discovered a social studies textbook approved for use in the state called African slaves who were brought to the United States, "workers"

In this case, the group proposing these second grade curriculum revisions was given a copy of Senate Bill 3, Texas’ law that dictates how slavery and issues of race are taught in Texas. The law states that slavery can’t be taught as part of the true founding of the United States and that slavery was nothing more than a deviation from American values.

"They were given Senate Bill 3, so that had to have influenced their mind with that being a document given to them right before they had to perform this review," Davis said.

Ellis’ statement pointed out that slavery is currently not included in social studies instruction to second graders.

"The topic of slavery is not currently addressed in the 2nd Grade curriculum; this work is meant to address that deficiency," he said.

Stephanie Alvarez, a professor at the University of Texas Rio Grande Valley and a member of the group, said she was did not attend the meetings when the language was crafted because of personal issues, but that the language was "extremely disturbing." She would not comment any further because of her role in the work group, she said.

Part of the proposed social studies curriculum standards outlines that students should "compare journeys to America, including voluntary Irish immigration and involuntary relocation of African people during colonial times."

Annette Gordon-Reed, a history professor at Harvard University, said using "involuntary relocation" to describe slavery threatens to blur out what actually occurred during that time in history. There is no reason to use the proposed language, she said.

"Young kids can grasp the concept of slavery and being kidnapped into it," Gordon-Reed said. "The African slave trade is unlike anything that had or has happened, the numbers and distance."

If language like what the group of Texas educators propose is accepted and taught to children, it means the country is moving in the wrong direction, she said.

"Tell children the truth. They can handle it," she said.

Texas is in the process of developing a new curriculum for social studies, a process that happens about every decade to update what children should be learning in Texas’ 8,866 public schools.

This process comes as the state’s public education system has become heavily politicized, from lawmakers passing legislation on how race and slavery should be taught in schools to conservative political action committees pouring large amounts of money to put more conservatives on school boards who promise to get rid of curriculum and programs they consider divisive and make white children feel bad.

Gov. Greg Abbott and Lt. Gov. Dan Patrick have made parental rights a priority as they both seek reelection in November. Patrick has also vowed to push for a "Don’t Say Gay" bill in Texas, mirroring Florida’s conservative push to limit classroom discussions about LGBTQ people.

Last year’s SB 3 doesn’t mention critical race theory by name, but the bill was designed to keep the teaching out of secondary schools — even though it is not taught in K-12 Texas public schools. Critical race theory is a university-level field of study based on the idea that racism is embedded in legal systems and not limited to individuals. It has become a common phrase used by conservatives to include anything about race taught or discussed in public secondary schools.

The work group that proposed the language change in referring to slavery is one of several groups presenting their drafts to the state education board, which has the final say on whether to accept or reject them.

Some drafts of new curriculum standards are published on the agency’s website, but this was not, Davis said.

This article originally appeared in The Texas Tribune.