While the head of the DPS continues to point fingers at the local response to the deadly school shooting, a state senator has sued the department for withholding video from the scene. "We are getting half-truths, innuendos and snippets of body cam video that he chooses to give."

DALLAS - Elected leaders who represent Uvalde, a Democrat and a Republican, are expressing anger with the Texas Department of Public Safety.

They say details about the response are being cherry-picked to protect DPS.

While the head of the DPS continues to point fingers at the local response to the deadly school shooting, a state senator has sued the department for withholding video from the scene.

Tuesday, Texas DPS Director Steve McCraw testified before a special Senate committee, revealing how the classroom door was unlocked while local law officers reportedly waited more than an hour for a key.

Uvalde Mayor Don McLaughlin said at a Tuesday council meeting his city is being left in the dark.

"I contact them every day and don’t get a damn thing out of them," he said. "I contacted the governor’s office too. I don’t get any information. I wonder who the hell is in charge of this investigation."

Wednesday, San Antonio State Senator Roland Gutierrez filed a lawsuit against DPS. His district includes the city of Uvalde. He appeared on FOX News to talk about how the media and his office are being blocked from reviewing body camera video. 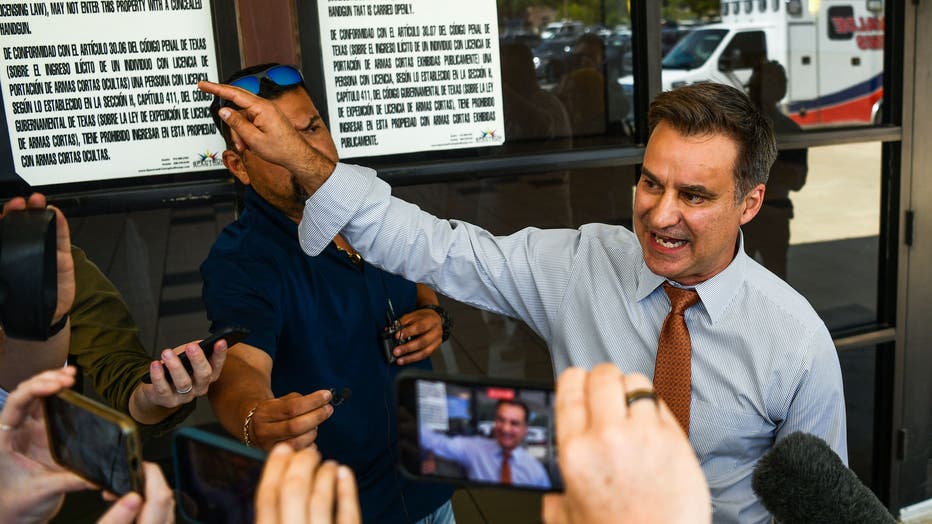 "We are getting half-truths, innuendo and snippets of body cam video that [McCraw] chooses to give," he said. "While at the same time, he sells the attorney general, seeks an exception from all of the media open records requests, suggesting that his body cameras on his officers should not be disclosed because we will learn some kind of secrets or trade secrets of weaknesses in their operation."

Gutierrez says it was not just local officers in the hallway. DPS is now acknowledging there were more than a dozen troopers with local officers minutes after the shooting started. Also, officers had more firepower and protection than originally reported.

"I don’t want to sit here and lay blame on anybody. They all failed," he said. "We need to find out why so that it never happens again."

Mclaughlin says he has also requested body camera video from all responding agencies. In his words, the gloves are off and says he's tired of holding his tongue.

While the House and Senate continue their investigation in different ways, McLaughlin says he will continue to push for answers to report to the people in the community that lost so much.

"At least the House had the audacity to keep it in a closed-door session," he said. "We had the bozo the clown show in the Senate today with McCraw and everyone giving answers that they still don’t have the answers to."

The Uvalde mayor says when they get any video, they will release it to the public but will not include any images that show dead children out of respect for the families.