Daniels had been a part of the Rangers front office since 2002.

The Rangers announced that Jon Daniels has removed from his position as President of Baseball Operations, just two days after firing manager Chris Woodward.

"This morning I informed Jon Daniels that his contract would not be renewed at the end of the season and that he is being relieved of his duties effective immediately," said Rangers Managing Partner & Majority Owner Ray Davis in a news release.

Daniels joined the Rangers baseball operations department in 2002 and was appointed as the Rangers’ eighth General Manager on October 4, 2005. At just 28 years old, he was the youngest General Manager in MLB history. Daniels was promoted to President of Baseball Operations in March 2013. 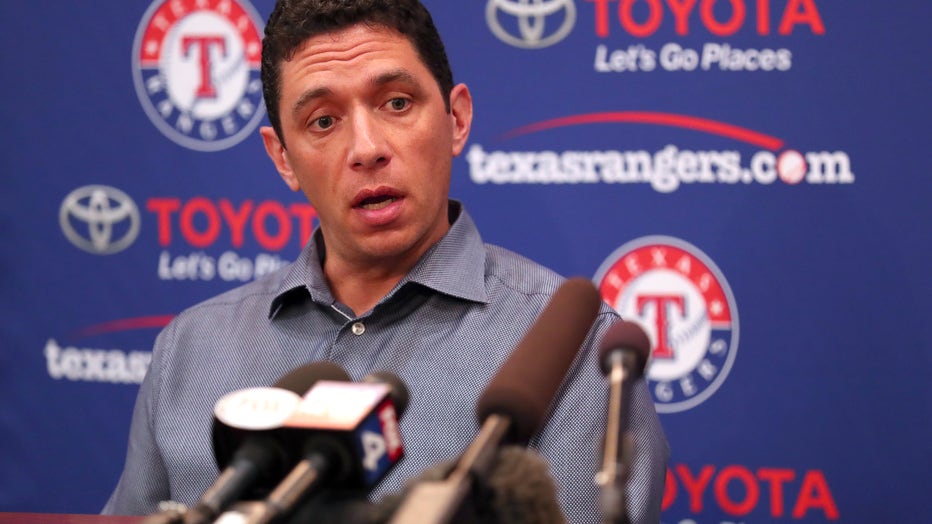 Daniels' tenure as GM featured the most successful stretch of baseball in Rangers history including back-to-back World Series appearances in 2010 and 2011. The Rangers have struggled in recent years, the team has not made the playoffs since 2016 and currently have a 52-64 record despite spending half a billion dollars in the offseason.

"Jon’s accomplishments in his 17 years running our baseball operations department have been numerous. He and his staff put together the best teams in this franchise’s history that resulted in five playoff appearances and two American League pennants between 2010 and 2016. His impact on the growth of our player development, scouting, and analytics groups has been immense," said Davis. "But the bottom line is we have not had a winning record since 2016 and for much of that time, have not been competitive in the A.L. West Division. While I am certain we are heading in the right direction, I feel a change in the leadership of the baseball operations department will be beneficial going forward."

Executive Vice President & General Manager Chris Young will take over Daniels' role. Young was hired as GM of the Rangers in December 2020 taking the title from Daniels.

"Chris Young is one of the top young baseball executives in the business and in his 21 months on the job has brought welcome energy and new ideas to the organization. I am confident in Chris’ ability to lead our baseball operations with the goal of producing a consistent winner on the field," Davis said.

Daniels released a statement on Wednesday saying, in part, "To all of the Rangers fans out there. For your passion and support. Thank you for welcoming us into your community. There are some spectacularly talented and driven people in the organization, from CY throughout the operation. There are going to be amazing moments in the summers and falls again soon, and you will get the parade you deserve."

It's been a crazy for the Texas Rangers. The team fired longtime executive Jon Daniels on Wednesday, just two days after Daniels got rid of manager Chris Woodward. Mike Doocy shared his thoughts on weather the change was necessary.