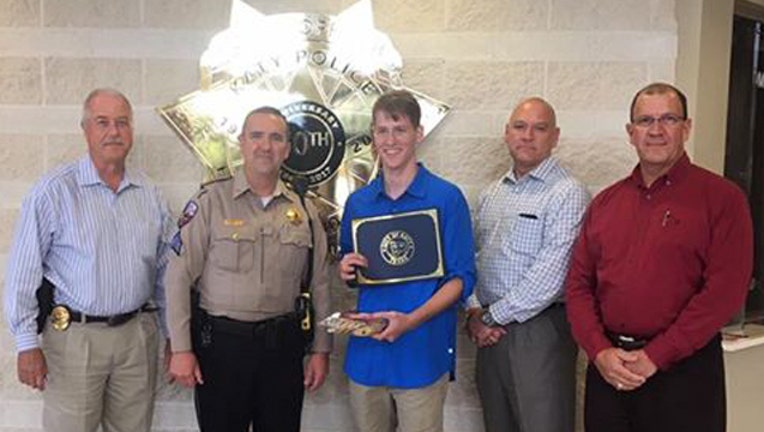 A Texas police department on Wednesday honored a teen who was almost fired for buying an officer a free cookie earlier this month. Katy Police Department posted a photo on Facebook of Zachary Randolph, 18, with three officers, commending the teen for his "selfless deed."

"It was our pleasure to finally meet the young man from Great American Cookies, who did a selfless deed despite what others may have thought," the Facebook caption said. "Sergeant McClure and the rest of the Katy Police Department would like to say thank you for supporting law enforcement and going the extra step to show your appreciation."

Randolph was working at the Great American Cookie Company in Katy Mills when he offered to pay for an officer's cookie, his mother Tami Randolph wrote in a Facebook post on July 5. She claimed a family in the store verbally attacked him after the kind act and said, "Are you going to buy mine too?" They also accused him of being racist and vowed to get the teen fired, according to the post.

Days after the incident, the company managers called the teen in and "wanted him fired." He was ultimately placed on suspension.