The Caruth Police Institute picked North Texas to be one of its hubs to address the mental needs of law enforcement.

The blue brother and sisterhood could become even stronger with the help of a premier national police training.

The Caruth Police Institute picked North Texas to be one of its hubs to address the mental needs of law enforcement.

The Caruth Police Institute started back in 2008 meeting development needs of the Dallas Police Department.

Their mission is to improve policing by addressing external and internal issues law enforcement deals with. At the top of their agenda is police suicides

Law enforcement across Texas face a number of issues when it comes to officer safety and wellness.

Irving Police Chief Jeff Spivey is a chairman of the Caruth Police Institute. He says a police officer in Texas is more likely to die by suicide than in the line of duty.

“Per capita, we're leading the country in police suicides,” he said. “That’s unacceptable.”

The Caruth Police Institute is launching a first of its kind peer-to-peer-counseling support network with hubs in six cities across the state to provide mental health help to each other. 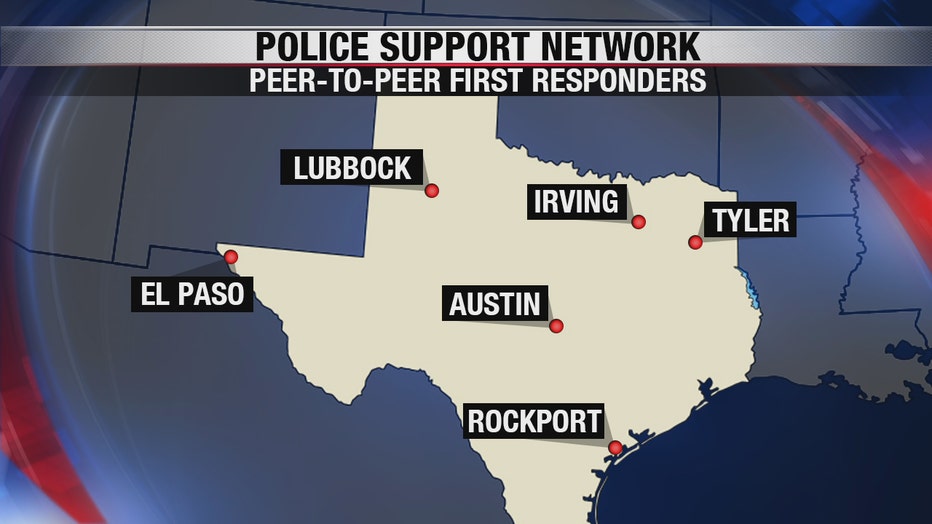 Like Garland firefighters gave when they traveled to El Paso after the Walmart mass shooting.

“And that model is exactly what guided our design of what we hope will become the Texas First Responder Peer Network,” explained B.J. Wagner with the Caruth Police Institute.

The Caruth Police Institute housed at UNT Dallas and its executive advisory board held a meeting Tuesday concerned about much more than just police suicides but policing in the twenty-first century.

“Anytime you bring together this level of executive knowledge and that knowledge is shared, it’s a bonus for anybody in law enforcement and the state of Texas and for the nation,” said Odessa Police Chief Mike Gerke.

Police chiefs from across the state are side-by-side with community stakeholders looking, listening and learning from the other's perspective.

“I think this is a good place to start in something of a safe atmosphere so we can talk openly about the need to improve the quality and the quantity of police recruits,” said former State Rep. Helen Giddings.

“The real challenge is how do we stay connected to our communities to understand how do they want to be policed. That we stay connected with our workforce to understand what do they need to be supported while delivering police services,” said Arlington Police Chief Will Johnson. “And what do we do to stay abreast of the threats and trends that we see in society so that we can make sure that people’s safety needs are addressed and most importantly their trust, transparency and legitimacy needs are addressed as well.”

The hope is what comes out of the group will become models for improving policing in Texas and nationwide.