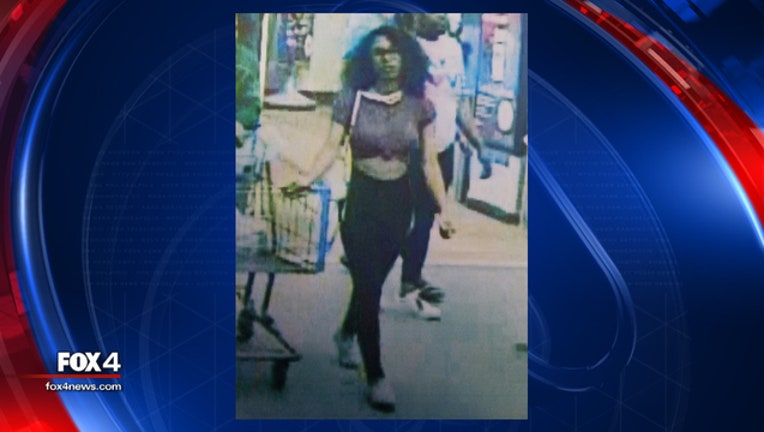 LUFKIN, Texas - Police in Lufkin, Texas believe they have identified the woman from a viral video seen licking a tub of Blue Bell ice cream before putting it back in the store's freezer.

In the video, which was uploaded to Twitter and has since been watched over 10 million times, a woman was seen licking an already opened tub of Blue Bell's Tin Roof flavor ice cream, and then re-seal the ice cream and return it to a store's freezer.

Initially, it was believed that this incident took place at a Walmart in San Antonio or Houston, but a Lufkin division manager for Blue Bell contacted Blue Bell and told them he believed it happened at the Lufkin Walmart.

Blue Bell then contacted Lufkin police, and officers found surveillance video of a woman seen leaving the store, who matched the description of the suspect.

Detectives believe they have identified the woman, though the investigation is ongoing. Police have not yet released the woman's name, but say "appropriate charges will be filed."

Lufkin Director of Public Safety Gerald Williamson said he has recommended that Blue Bell remove products from the Lufkin Walmart shelves until their investigation is complete.

Officials also said during production, their half-gallon ice creams are flipped upside down and sent to a hardening room, where the ice cream freezes to the lid to create a natural seal, making any tampered product noticeable.