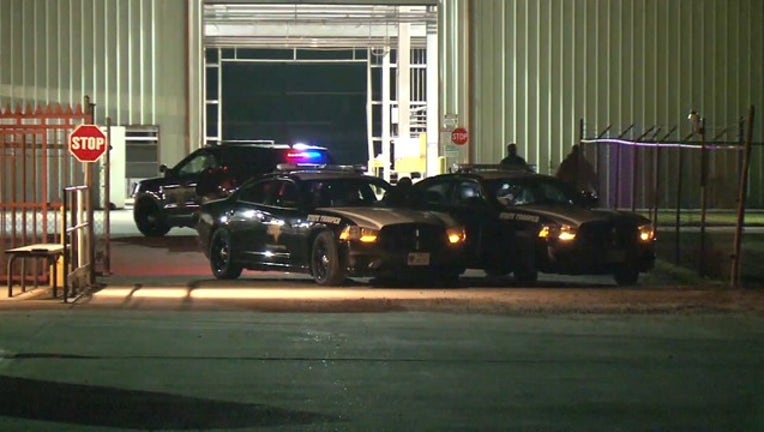 BROOKSHIRE, Texas (AP) - Deputies are searching for a contract worker who fled after a stabbing attack at a Houston-area steel fabrication company left the plant manager dead and another employee wounded.

Milo Thibeadeau (MY'-loh TIB'-uh-doh), chief operating officer for Spitzer Industries, said Thursday that he was not aware of any issues between the suspect and the slain manager, who'd been with the company more than 20 years. The contract worker was hired about six months ago.

Thibeadeau says the other worker who was stabbed happened to be nearby. He's hospitalized in serious condition.