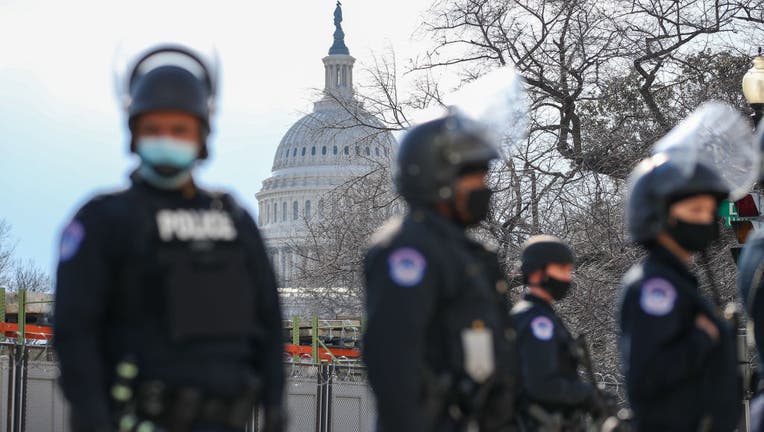 WASHINGTON, USA - JANUARY 20: Police officers stand guard as supporters of Joe Biden gather outside the Capitol building during the inauguration of Joe Biden as US President in Washington, DC, United States on January 20, 2021. (Photo by Tayfun Cosku

WASHINGTON -  A Texas man faces weapons charges in D.C. after the U.S. Secret Service says they stopped him with an unregistered gun, nearly 100 rounds of ammunition and a suspicious request for "information about the Oval Office."

Santiago, of Midland, Texas, asked officers if he could park along Constitution Ave. Then he said he needed "information about the Oval Office."

Officers noticed a firearm holster under Santiago's center console. They asked Santiago if he had a weapon and he said yes.

Santiago's arrest comes during heightened security in the nation's capital following this month's deadly attack on the U.S. Capitol.

At least 5,000 National Guard troops will remain in D.C. through mid-March to assist local law enforcement.

Thousands of National Guard troops in D.C. have returned to the U.S. Capitol after being relocated to a nearby parking garage

Last Friday, a Virginia man was arrested trying to cross an inauguration checkpoint with an unauthorized credential, a handgun and 500 rounds of ammo.