Members of the Texas Legislature were back examining voting laws during the special session Saturday.

AUSTIN, Texas - Members of the Texas Legislature were back examining voting laws during the special session Saturday.

There are disagreements over whether it’s voting integrity or voter suppression.

Two separate Republican-backed voting bills are in the Texas House and Senate.

The forum was open to public comment Saturday, with hundreds signing up to speak.

Those who spoke included people supporting the bills and people opposing them.

"This is not voter suppression when citizens demand a fair and transparent election process and vote tabulation," one person said.

"Senior citizens, who have contributed so much to this state and country, are the most vulnerable of our communities and we should make voting easier and more accessible for them. Not more difficult and complicated," another person said.

The House and Senate bills are similar, moving to strengthen the presence of poll watchers, ban unsolicited applications to request a mail-in ballot, and require voter IDs for mail-in voting.

There are additional measures, such as a ban on drive-thru voting, which was seen in Harris County in 2020. Republicans believe these are common-sense measures. 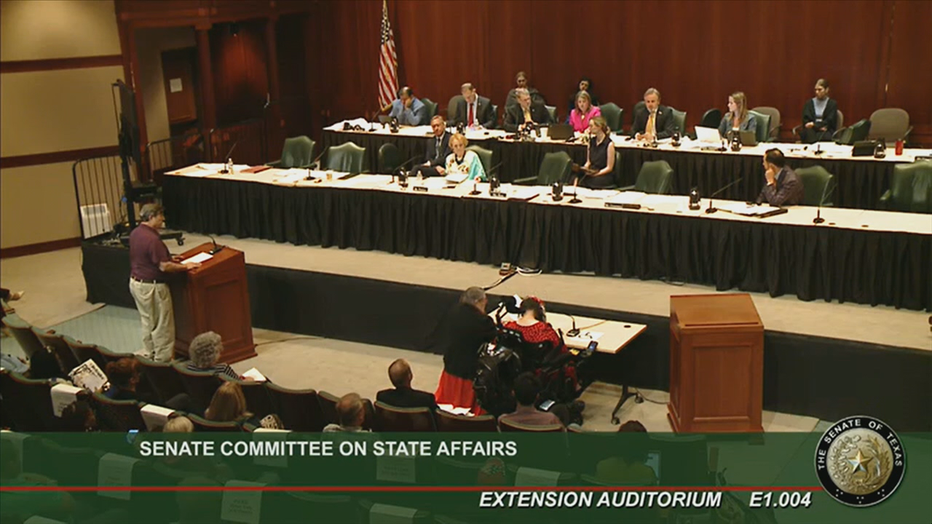 "Again, folks who have a disability or a temporary condition that keeps them from coming to the polling place, we’ll go outside and do curbside polling for that situation as we should," said State Senator Bryan Hughes. "Folks who are able bodied to come in and vote can come in and vote, that’s not a radical concept."

"This is a voter integrity bill, and I’m really trying to figure out where is the organized voter fraud that this bill is supposed to be fighting," State Senator Borris L. Miles said.

Some 20 other states, most with Republican majorities, have passed similar measures since the 2020 election.

The bills are similar to ones that did not pass during the regular session due to Texas Democrats walking out on a vote.

The special session started Thursday after being called by Governor Greg Abbott.

The voting bills are currently in separate committees.

The House bill could get a floor vote as early as next week, giving little time for the public to voice their opinions.

"Provisions that don’t seem to be related to election integrity in any way but seem to have the effect of restricting access to the polls," one person said.

"It is a wonderful bill. It clearly addresses a lot of issues that are out there today," another speaker said.

The public comment could go well into Saturday evening, as hundreds of voters signed up to speak.