Texas Governor Greg Abbott was on the border as crews gear up for a large influx of migrants at the state's border with Mexico.

Texas Governor Greg Abbott was on the border as crews gear up for a large influx of migrants at the state's border with Mexico.

The surge could look differently this time around, potentially complicating the situation for law enforcement.

Gov. Abbott said the latest intel appears to show massive migrant caravans that are headed towards the southern border appear to be breaking apart.

He believes that means instead of a large influx coming at once, migrants may be trying to cross over in smaller numbers in order to avoid detection.

Video captured over the weekend by FOX News shows thousands of migrants lined up in Reynosa, Mexico, just across the border from McAllen.

"To have a very heavy presence where we think it’s needed to deter and turn back a migration event," Texas National Guard Major General Ronald Burkett explained.

It's a two-step approach.

The first is to "block and repel" migrants from illegally crossing into Texas.

Those who are apprehended, like migrants found by DPS troopers smuggled inside a van Monday, will be referred to federal processing sites. 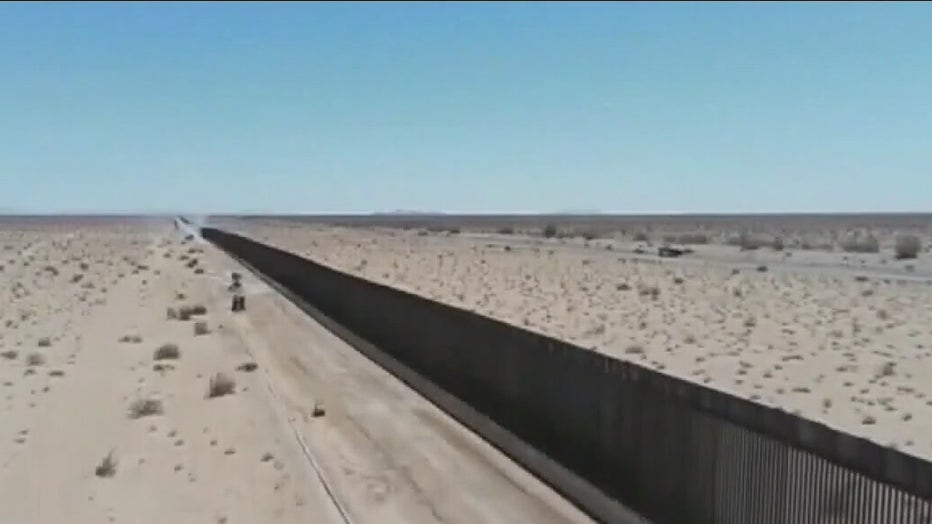 "We have a record-high number of people coming across the border," Gov. Abbott said.

On Friday, the governor received a border security briefing in Hidalgo County.

The number of migrants stopped at the southern border set a record last month.

U.S. Customs and Border Patrol reported more than 230,000 illegal crossings in May.

"We've been working for about a month now to be prepared for these caravans that are coming our way," Gov. Abbott said.

Last month, a federal judge also blocked the Biden administration from lifting a pandemic border restriction known as Title 42, which critics from both parties said could lead to even larger numbers of illegal crossings.

However, only about 40% of last month's migrants were expelled under Title 42, frustrating Gov. Abbott.

"As well as lax enforcement of border laws," Abbott added.

Still, he said the partnership with several Mexican governors along the border is slowing down the migration.

"Working with our counterparts on the other side of the river, we're seeing for the first time cooperation and collaboration we've never seen before," Texas DPS Lt. Col. Freeman Martin explained.

Abbott said, on the Mexican side, state police have stepped up patrols. They've also set up internal checkpoints to try and slow down migrants making it all the way to the southern border.