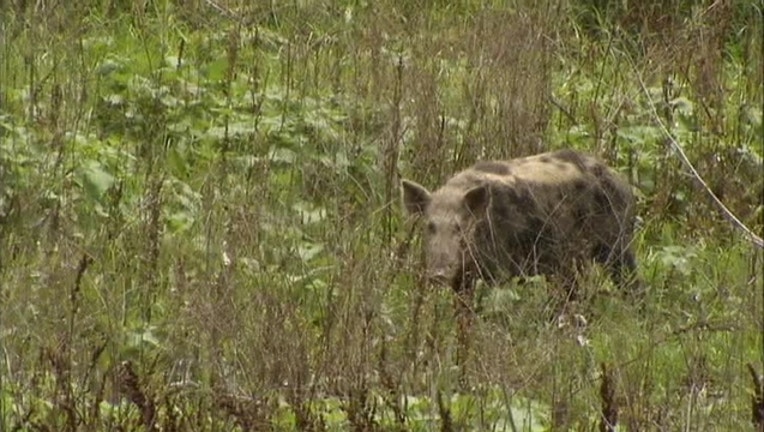 AUSTIN, Texas (AP) - The Texas House has approved a bipartisan bill requiring further study before the state's agriculture commissioner can authorize the use of a poison he's boasted will trigger an "apocalypse" against the invasive creatures.

Approved Monday 128-13, the measure requires further academic or policy scrutiny on the poison's effects on the hogs as well as residents, hunters and the environment. A final, largely formulaic vote is all that's needed to send it to the state Senate.

Texas is home to an estimated 2.5 million feral hogs, which can be destructive to crops and property.

Commissioner Sid Miller has planned to alter state agricultural rules to allow the use of a pesticide called Kaput Feral Hog Lure. It is bait food laced with warfarin, a blood thinner that's lethal to feral hogs.