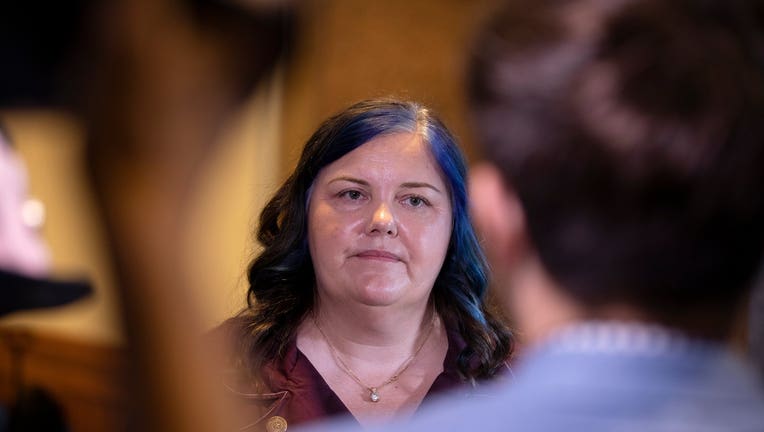 State Rep. Michelle Beckley, one of the House Democrats who is camped out in Washington, D.C., announced Tuesday that she is challenging U.S. Rep. Beth Van Duyne, R-Irving, a national Democratic target.

Beckley unveiled her plans in a video filmed inside a hotel room in the nation’s capital, where House Democrats fled earlier this month to break quorum in protest of Republicans’ priority elections bill. In the video, Beckley contrasted her commitment to the voting rights battle with Van Duyne’s vote earlier this year to object to the 2020 election results in Pennsylvania.

"Beth Van Duyne can walk away from her duty to defend democracy, but not me," Beckley says.

Beckley is the second serious Democratic opponent that Van Duyne has attracted. Earlier this month, she drew a challenge from Derrik Gay, a Carrollton tax lawyer and former intelligence officer in the Marine Corps.

Van Duyne is one of two Texas Republicans whom the Democratic Congressional Campaign Committee is targeting for reelection. The other is Rep. Tony Gonzales, R-San Antonio. Van Duyne had the closest congressional race in Texas last year, winning by 1 percentage point.

The boundaries for her 24th District in the Dallas-Fort Worth area are likely to change before the 2022 election due to redistricting.

While Van Duyne voted to object to the Pennsylvania results, she was the only Texan to split her vote and support certifying the Arizona results. Those votes came hours after the deadly U.S. Capitol insurrection.