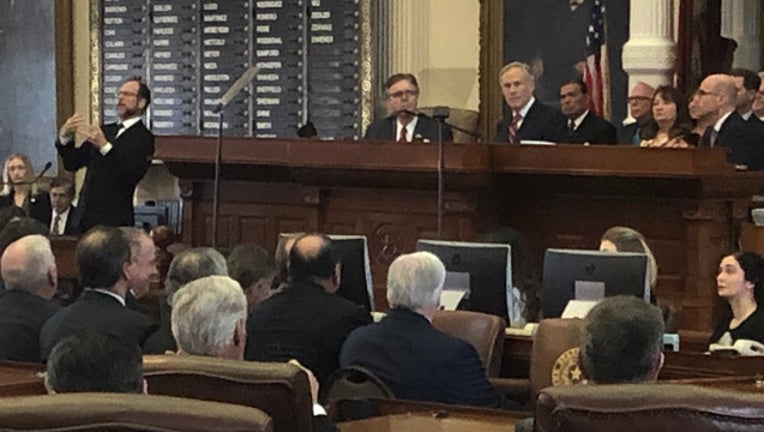 AUSTIN, Texas (AP) - Texas Gov. Greg Abbott is starting a second term declaring school safety one of his few top issues in the wake of a gunman killing 10 people at a high school near Houston last year.

But the Republican gave few specifics Tuesday in his State of the State address to the Texas Legislature. He called for new mental health efforts but made no mention of dedicated safety dollars for schools.

He also didn't propose new firearm restrictions in Texas, one of the nation's most gun-friendly states.

Texas lawmakers are in session for the first time since the March 2018 shooting at Santa Fe High School.