Video from inside a Hillsboro funeral home, where the service was held earlier this month, shows people packed in and filling every pew.

Video from inside a Hillsboro funeral home, where the service was held earlier this month, shows people packed in and filling every pew.

Delynda Cruz says she's one of the people who got sick, and she still struggles with basic tasks at home. She says dozens more people at the funeral home got sick as well.

A video from Marshall & Marshall’s Funeral home in Hillsboro, which was livestreamed on its Facebook page on Sunday, Nov. 8, appears to show more than 100 people packed into a funeral service. 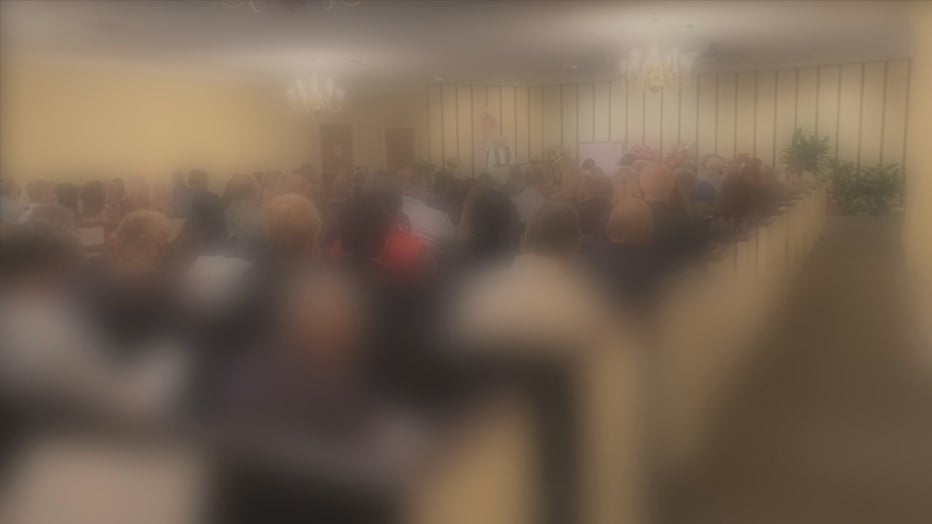 Now, more than 40 people who were inside have tested positive for COVID-19, according to family members.

“Because of that, we definitely want other people to learn from what we didn’t know was a mistake,” Cruz said.

Cruz is the daughter of Nancy Kaddatz, who had recently passed away. She says her mother was loved by so many people, which led to so many people showing up to the service. Two days later, Cruz felt sick.

“I got chills on Tuesday night,” she recalled. “And then Wednesday morning I ran a little bit of a fever.”

Now, Cruz says at least 42 people who were at the service, including her siblings, are infected with the coronavirus. The age range of those who got sick are from 3 to 90 years old.

Funeral homes are allowed to operate at 75% capacity.

Marshall & Marshall funeral directors told FOX 4 that they would not be responding to any of our questions.

Hill County Judge Justin Lewis tells FOX 4 he recommends people hold off on indoor funeral services and that he’ll have a “constructive conversation” with the funeral home.

Cruz says her family wants others to learn from its decisions. She says most people wore masks while inside the service, but video shows social-distancing wasn’t practiced.

Cruz says some took their masks off while outside to pose for family photos. She says at least 12 people in below family photo tested positive. 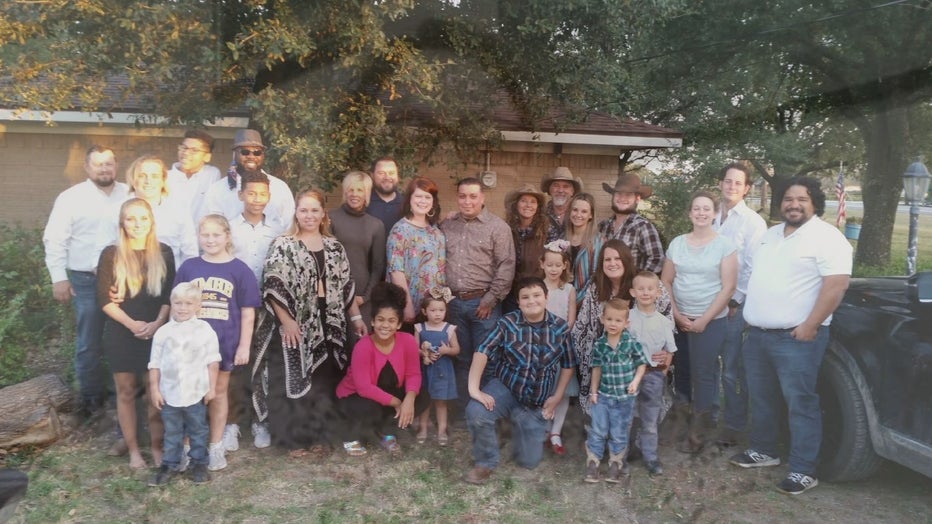 Now, with holidays approaching, when they’d normally be celebrating, Cruz’s family is just trying to get healthy.

Cruz says the Texas Department of State Health Services has been in contact with some of her family members and is working on contact tracing related to the event.