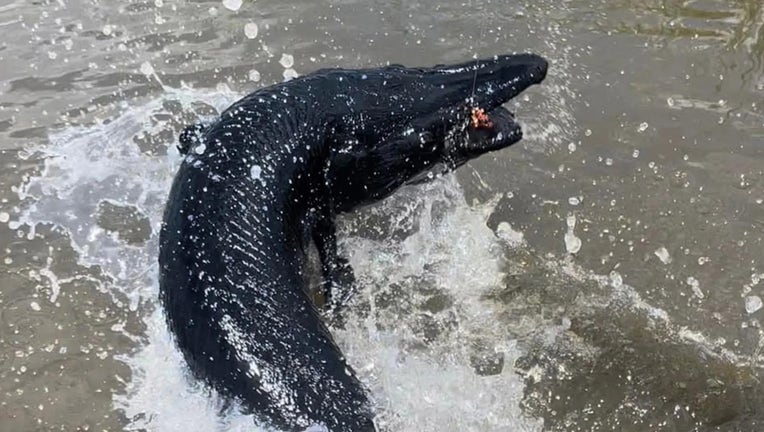 Two fishermen in Texas were shocked when they reeled in a rare, black alligator gar last week.

Justin Jordan, 29, a fishing guide in Galveston, Texas, told Fox News Digital on Monday about the moment he saw the unique fish.

"It was a pretty wild experience," Jordan said.

TEXAS MAN CATCHES 9.5-FOOT TIGER SHARK WITH THE HELP OF A DRONE

Jordan – who runs Lotus Guide Service – said he’s been fishing in the Galveston area for his whole life, but only just started guiding last year.

On May 15, Jordan was out on the water with fellow fisherman Terrell Maguire when they noticed a "menacing looking" fish in the marshes, Jordan said. 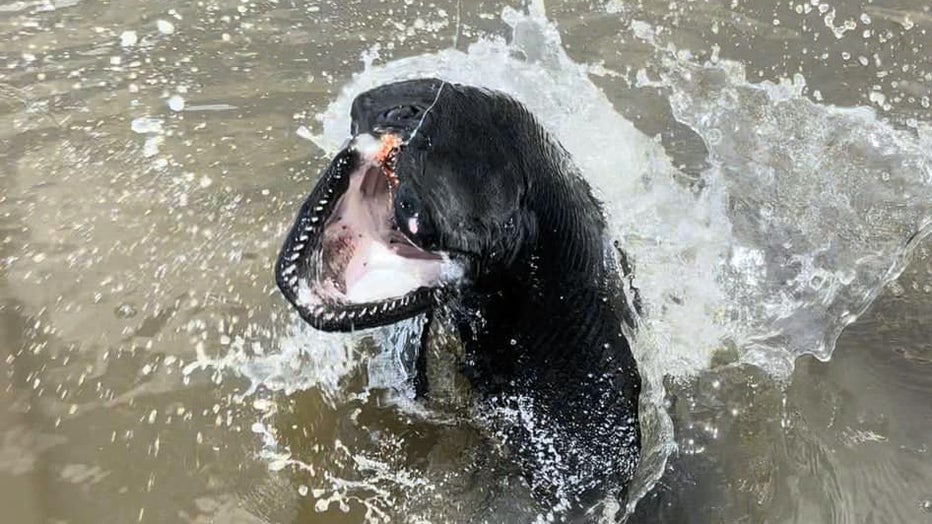 Maguire cast his fly and the gar went for it almost right away, Jordan added.

"The fish started jumping out of the water and going crazy," Jordan said. "When we got it over to the boat and it reached the surface, we saw it and it was jet black."

Jordan said he immediately recognized it as a melanistic alligator gar, which is a gar with a high level of melanin.

The fish can also grow up to 10 feet long and weigh up to 350 pounds, National Geographic reported.

The alligator gar that Maguire reeled in was only about 5 feet long, according to Jordan.

"We took some pictures and picked it up and then put it back in the water and let it loose," Jordan said of the catch.

"It was really cool," Jordan added. "It was special. It’s almost like it was meant to happen, that we were supposed to catch that fish."

"We’ve caught some oddities, but it’s not really what we go for," Jordan said. "You always get some crazy looking stuff, but never a jet black gar, that’s for sure."