An Arlington family is advocating for a bill that would not allow any time limits with loved ones in their final moments. They were limited to just a few minutes with their dying father due to the facility’s COVID-19 safety protocols in place.

DALLAS - Families who lost loved ones during the COVID-19 pandemic are advocating for a bill that would not allow any time limits with loved ones in their final moments.

An Arlington family speaking in favor of the bill says they were limited to just a few minutes with their dying father due to the facility’s COVID-19 safety protocols in place.

95-year-old World War II veteran Roy Kinslow died last August. His family says he appeared to be recovering from the virus when his health took a sudden turn, and his family says they were only allowed 15 minutes to say goodbye. 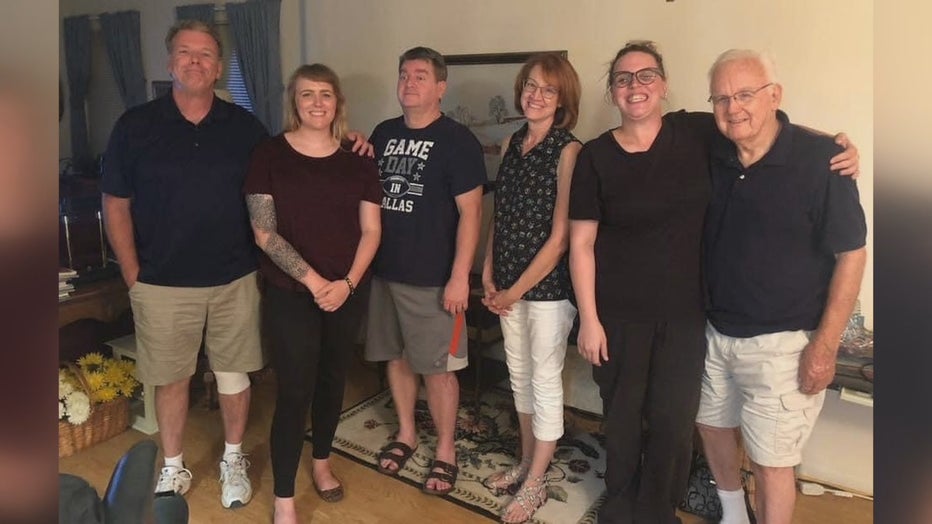 Kinslow was diagnosed with COVID-19 last summer. After several weeks in the hospital, he was cleared for release to a rehab facility last August.

But just a week later, Kinslow’s health took a sudden turn and his family went to be with him in his final moments.

Kinslow’s daughter, Suzette Kinslow-Rivera says she and her siblings were told due to local COVID-19 orders, they would only have 15 minutes to say their final goodbyes.

"I was there when my mom died. I was there when my brother died," she said. "And I need to be here when my father dies. And they said, ‘I’m sorry, but your time is up. You have to go.’ As bad as it is, I never prayed for someone to pass away so much like I did in that moment with my dad. Because I knew if I had to walk away, he was going to be there alone."

Kinslow made it through the night but died the next day as his daughter waited hours outside for clearance.

"That was taken from us, and it was taken from so many people completely across the board," Kinslow-Rivera said. "The families that have gone through what I have, it is just not right."

Wednesday afternoon, Kinslow Rivera testified for House Bill 3998 which would prohibit limits on family access to dying loved ones.

"I am very sympathetic and empathetic, but people weren’t doing this to hurt someone. They were doing it to protect the public overall," said Rep. Garnet Coleman, who is on the Texas House Committee on Public Health. "People were doing the best they could knowing that what they needed to do was stop the spread of this disease that was airborne."

Kinslow-Rivera says hospital groups have also voiced concern about limits on health and safety protocols, but she believes they can find common ground.

"Have it to where we can sign a waiver of liability. We can put a bio suit. We can do whatever it takes," she said. "We’ll take the risk to go in. Sign it away. But let us go in and be there."

If passed, the bill would take effect immediately.