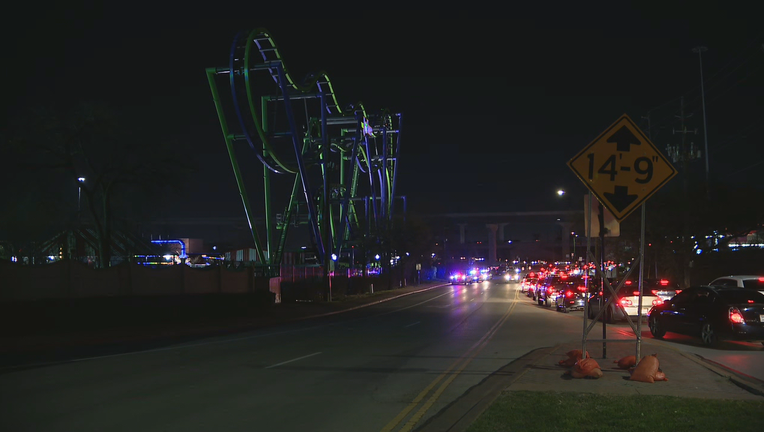 ARLINGTON, Texas - Arlington police said they arrested a juvenile after one person was shot near the front entrance of Six Flags Over Texas Friday night.

Police were called to the park just before 8:30 p.m. after getting reports of gunfire.

According to Arlington PD, there was a fight between teens outside the park, near the front entrance, and during the fight, one teen pulled out a gun and shot one of them in the arm.

Responding officers quickly secured the scene, but were unable to find the victim, who later turned up at a Dallas hospital. His injuries are non-life threatening.

Police said this was not an active shooter situation.

The suspected shooter, who is a juvenile, has been arrested on an aggravated assault charge.

A 19-year-old was also arrested for possession of marijuana.