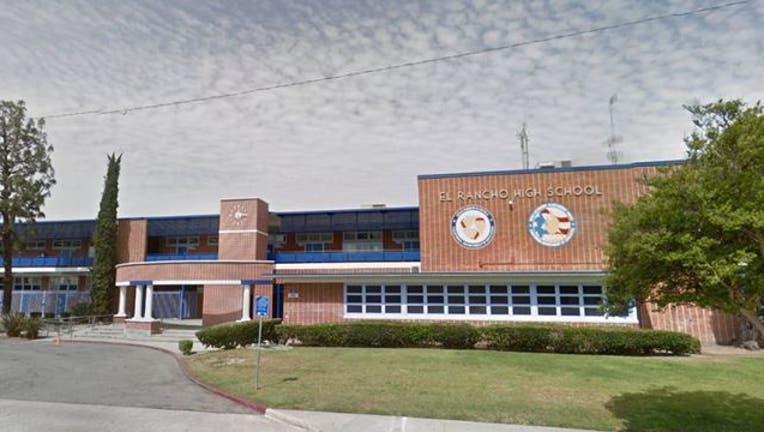 (FoxNews.com) - A video in which a Southern California high school teacher is heard slamming members of the military as “the frickin’ lowest of the low” in a classroom rant to students has gone viral.

El Rancho High history teacher Gregory Salcido -- who also serves as an elected Pico Rivera city councilman and was once mayor -- even goes so far as to refer to those who are in the military overseas as failed students who had no choice but to serve, "Fox & Friends" reported Sunday.

“Think about the people you know who are over there,” Salcido is heard saying. “Your freakin' stupid Uncle Louie or whatever. They're dumb s - - - s. They're not high-level bankers. They're not academic people. They're not intellectual people."

“They’re the freakin’ lowest of our low.”

He is also heard questioning why military recruiters were allowed to visit the school.

“We don’t allow pimps to come into the school,” he says.

A post on Facebook with videos of the rants had nearly 1.5 million views as of Saturday, the Orange County Register reported.

District Superintendent Karling Aguilera-Fort told the paper that he had not spoken to Salcido because the teacher was out of town. He said Salcido would be disciplined.

Salcido posted a statement on his personal Facebook page Friday from New York.

“The Salcido 3 just got out of an excellent musical, “The Band’s Arrival,” he said. “I turned my phone back on to unexpectedly see a storm. I don’t think it’s wise for me to make any specific comments, but I want my friends, family, and students to know we are fine and we respect the rights of free expression for all individuals.”

Pico Rivera Mayor Gustavo Camacho issued a statement that did not address Salcido’s remarks, but said that the city was founded upon the “principles, values and sacrifices” of our many veterans who when called upon served with great pride and honor.”

He told CBS2 Los Angeles that he took out his cellphone when Salcido started lecturing another student who was wearing a Marines sweatshirt.

"I was very angry," the student said.

He appears to have shot the video from underneath a desk. Salcido is heard on the video but not seen.

The student told the Register that Salcido went too far when he said those in the military were stupid and only joined as a last resort.

“It was so disrespectful to my dad and my uncles and all veterans and those still in the military,” he said.

He said his father was a Marine vet as were two uncles. He said they fought in Afghanistan, Desert Storm and Vietnam.

He said the video wasn't meant for anyone else, but his mother shared it with a few friends "and now it's this."

In 2010 Salcido was accused by a parent of making inappropriate comments about race to his summer school class, the Register reported.

He denied making the comments and was suspended for the rest of the summer session.