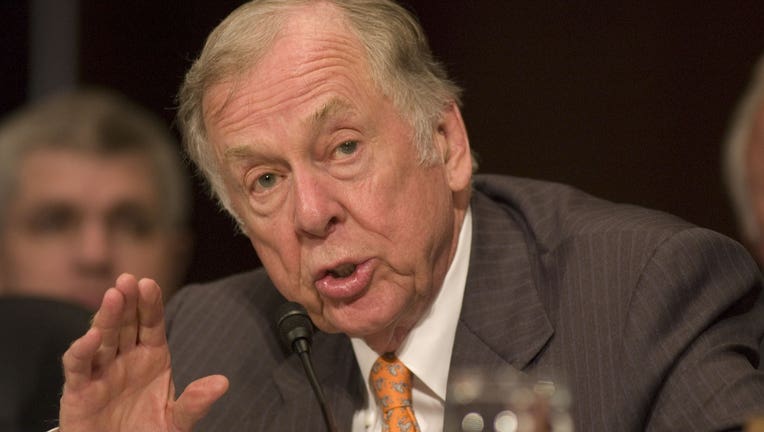 WASHINGTON, DC - June 17, 2008: T. Boone Pickens - principal of BP Capital, testifies at a hearing of the Senate Energy and Natural Resources Committee on the challenges and regional solutions to developing renewable-electricity and transmission infr

Gov. Greg Abbott and Cowboys owner Jerry Jones are expected to speak at a service before Pickens is laid to rest.

Pickens passed away of natural causes under hospice care at his home in Dallas on Sept. 11.

In his last days, the 91-year-old businessman was in a reflective mood. He wrote down some basic principles of business and life in a final message.

“I don’t think competition is bad, but play by the rules. I loved to compete and win. I never wanted the other guy to do badly. I just wanted to do a little better than he did,” Pickens wrote.

Pickens also encouraged people to never forget where they came from.

“I honored the values my family instilled in me, and was honored many times over by the success they allowed me to achieve,” he wrote.

Pickens was known for being a brash and quotable oil tycoon who grew even wealthier through corporate takeover attempts.

Pickens was also competitive. He was an avid hunter, and this year was the first in 76 years he missed the dove hunting opener.

And while he was good at making money, he was quick to give some of it away.

“It's hard to look up in North Texas and not find his fingerprints on things helping the underprivileged,” Jones added.

The public is invited to watch from the church’s Wesley Hall and online at boonepickens.com.