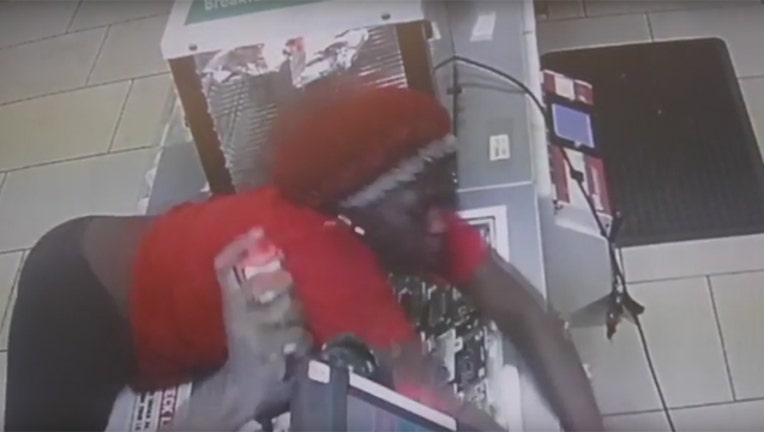 Three suspects robbed a convenience store in Lake Highlands Monday night using pepper spray, police said. The robbery occurred at the 7-11 in the 11300 block of Northwest Highway around 6:30 p.m.

Police said three suspects, two black men and one black woman, entered the 7-11 and waited in line behind a customer. When the customer left, two of the suspects came up to the register to make a purchase. When the cashier opened the register, one suspect sprayed the cashier with pepper spray while the female suspect leaned over the counter and took money from the open register.

All three suspects left the area in a silver sedan and are believed to be between 16 and 20 years old.

Police ask that anyone with information on the crime or anyone who recognizes any of the suspects to call Det. D. Edberson at (214) 671-3626. Callers who want to remain anonymous can call Crime Stoppers at (214) 373-TIPS.