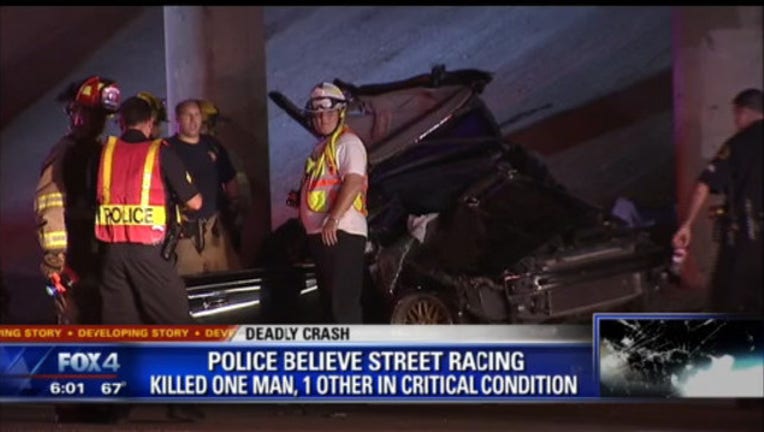 The wreck happened around 11:00 Saturday night along Regal Row and Irving Boulevard.

Reyes crashed into a bridge pillar.

The passenger in the car,16-year old Andres Mendez, was pronounced dead at the scene.

Reyes was taken to the hospital but later died.

Dallas police said the area is notorious for street racing but that it is uncommon on Saturday nights.