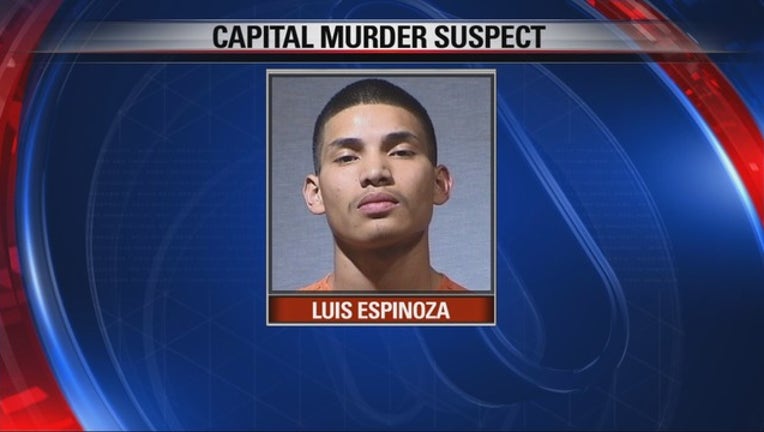 Garland police are searching for this capital murder suspect in the May shooting of a store clerk.

Investigators say 18-year-old Luis Espinoza was one of two gunmen who robbed the Corner Food Mart on West Walnut on May 22.

Surveillance video shows the men storming in with their faces covered. During the robbery, 30-year-old Heng Lam was shot and killed.

Police say Lam died a short time later at Presbyterian Hospital in Dallas. Police say a second person who was inside the store with Lam witnessed the shooting. They believe the gunmen may not have known about the witness.

Espinoza is considered armed and dangerous.

Investigators have not identified the other suspect.

Anyone with information is asked to contact the Garland Police Department at (972) 485-4840.