DALLAS - Dallas police have made an arrest in the shooting death of an innocent 13-year-old boy who was caught in the crossfires of a shooting.

Malik Tyler was fatally shot Tuesday just after 7 p.m. in the 9400 block of Bruton Road near a self-service car wash. He was leaving a nearby gas station with two friends when police say two males in separate vehicles were shooting at each other.

Tyler, who was an innocent bystander, was shot. He was rushed to a hospital where he later died.

Datrail Clayton, 21, was arrested Wednesday and charged with murder in this case.

Investigators collected surveillance video from the nearby convenience store, but haven't released those images, which may indicate they have already identified more possible suspects.

Community leaders held a prayer vigil Wednesday in front of the spot where Malik was murdered. His mother, stepfather and siblings made a surprise last-minute visit.

Family members say he was about to enter eighth grade at Florence Middle School. He loved to play basketball and leaves behind his parents and seven siblings.

Tina Tyler, Malik’s mother, says the violence in Pleasant Grove has to stop. She had a message to the other gunman still out there.

“Gun violence. Look what happened?! My son died here yesterday. This has been a great loss to my family. He was my youngest son,” Tina said. “To whoever did this, I pray that you turn yourself in. God has you like he has my child. But you do not know what you took from this family.”

12-year-old King Morgan was with Malik when the shooting happened. King watched his friend take his final breath.

“The last thing I got to tell Malik was, ‘Run! They're shooting!’” King recalled.

King and Malik had just left the corner store and were walking back to "the Sterlingshire Apartments when Malik was caught in the crossfire of a shootout between two men in cars. Tyler collapsed near the entrance of the complex.

“They just started shooting, and I froze,” King said. “I couldn’t move, so I ran back into the store. I caught back up with the Malik. And that’s when I seen Malik fall. And he was shot, so I stayed right there with him.”

Clayton is charged him with Malik’s murder. He was recently arrested in May on charges of possession of marijuana and evading arrest. According to public records, Clayton was convicted in 2017 on three counts of aggravated assault with a deadly weapon. He served 2 years in prison.

Ursula Jacobs, who gave Malik first aid, is relieved for the family.

“I’m glad because that was an innocent child who is just going to the store trying to come home and he’s not here anymore,” she said.

Morgan and community members have stronger words for those involved in the gun battle with kids nearby.

“You have caused them and me a great deal of pain. This makes no sense,” said Camille White, who is part of the Pleasant Grove community. “This is words from the mother who wants to bury their child. Who does that? Who doesn’t want to outlive their child? I just can’t believe that this even happened.”

“For my sake. I really think he needs to get life,” King said. “Never come out. Hope you rot in hell.”

Residents say it's not unusual to hear gunshots in the area, and police say they are aware of gang activity and drug deals around the businesses.

“We can only be understanding for so long. We understand there's a police shortage. But at the same time, we live here, we're paying taxes,” White said.

Other than releasing a short statement about Clayton’s arrest, police have said little about the investigation since Tuesday night. They have not said whether they’ve identified the second suspect they’re looking for. They have not released a description of him.

Police have surveillance video of the shooters' cars but have not released it. They have not said if they know what the shootout between the two gunmen was about. 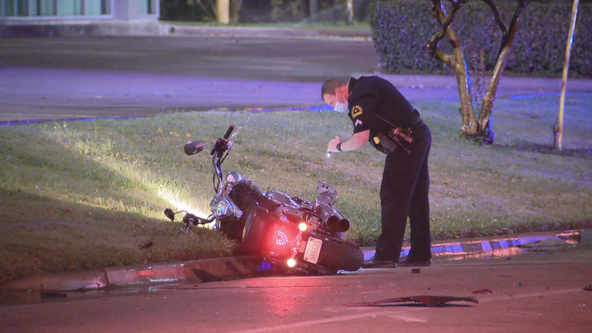