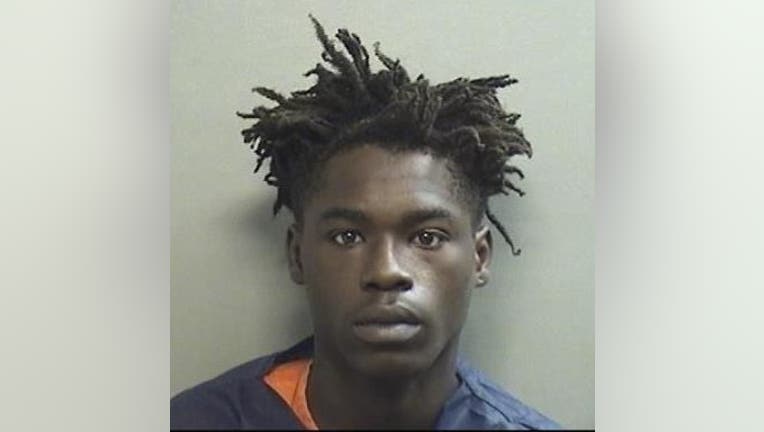 ARLINGTON, Texas - Two people died in a shootout in south Arlington Wednesday and now the alleged gunman is behind bars.

Two of the victims died at the hospital. The third is expected to survive.

Witnesses reported hearing an argument before the gunfire. They also told police they saw a group of males running into a nearby home.

Police said 17-year-old Lorenzo Armstrong Jr. was detained at the crime scene for questioning and later charged with two counts of capital murder, as well as aggravated assault with a deadly weapon.

The arrest warrant affidavit states he and several relatives got into a fight over a girl.

During the altercation, one teen dropped a gun and Armstrong picked it up. He started shooting at the group of teens who brought the gun, the affidavit states.

Police have not yet released the names of the two people who died.

Armstrong is being held at the Arlington jail.