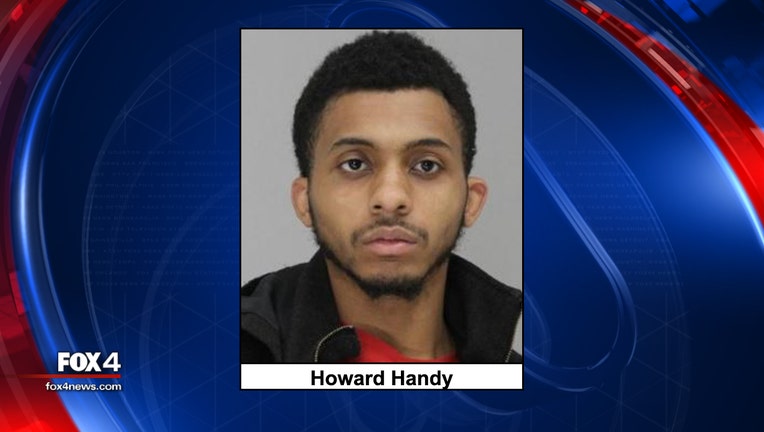 RICHARDSON, Texas - Richardson police have made an arrest for a deadly fight during a child custody exchange.

Coston, who was from Oklahoma, reportedly drove to the apartment complex near the intersection of East Belt Line and Grove roads with his sister to pick up her infant child from the child’s father.

There was an argument during the exchange and multiple people began fighting outside of the building. Coston ended up being shot, police said.

Handy was booked into the Dallas County jail on a murder charge.

Police said they are still conducting interviews and investigating the case.