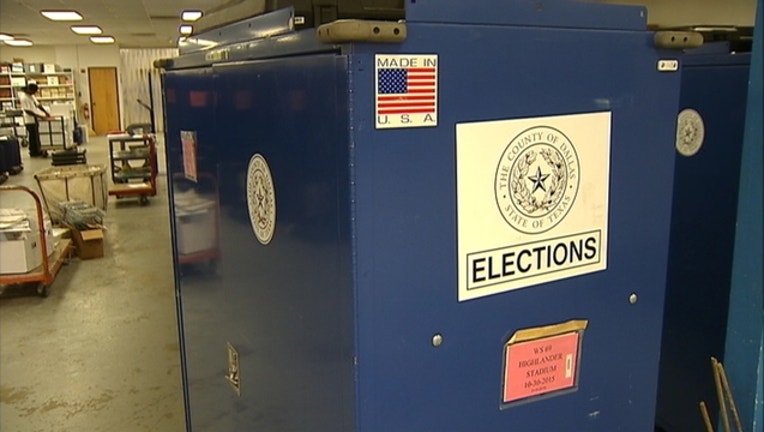 WASHINGTON (AP) - The Supreme Court appeared divided Tuesday over Texas' appeal to preserve congressional and legislative districts that a lower court struck down as racially discriminatory.

The justices heard arguments in the latest round of court action over Texas electoral districts that began in 2011.

At issue are two congressional districts and statehouse districts in four counties, and what the challengers say are efforts by Texas Republicans who control the state government to restrain the political influence of a growing Hispanic and African-American population.

The liberal justices seemed favorable to minority voters and civil rights groups that sued over the districts. The court's conservatives appeared to lean toward the state, which also has the support of the Trump administration. Justice Anthony Kennedy said nothing to indicate where his potentially decisive vote would fall.

The justices last year kept the challenged districts in place, even after the lower court ruling. Texas held primary elections in those districts in March.

Max Renea, Hicks, a lawyer for the plaintiffs told the justices Tuesday that even if his side wins at the high court, it is unlikely that new districts would be used before the 2020 elections, the last voting cycle before the next census.

The case is the third major dispute this term that is focused on redistricting, the drawing of electoral maps following the once-a-decade census. The high court's other cases, from Maryland and Wisconsin, focus on the drawing of political districts for partisan advantage.

The Texas situation is unusual. Based on the 2010 census, Texas was awarded four new congressional districts, attributable mainly to the influx of Hispanics.

After the state's original electoral maps were found to be probably unconstitutional, a three-judge federal court produced interim districting plans that were used in the 2012 elections.

In 2013, Republicans rushed to permanently adopt those maps to use for the rest of the decade.

But opponents criticized the adopted maps as a quick fix that didn't purge all districts of the impermissible use of race.

In 2017, the same judges who approved the interim maps in 2012 agreed with the challengers that the maps were the product of intentional discrimination.

Scott Keller, the Texas solicitor general who urged the court to reverse the 2017 ruling, said it is unfair to punish the state for adopting districts the federal judges themselves had agreed could be used. "This was not the legislature trying to pull a fast one on anyone," Keller said.

Justice Department lawyer Edwin Kneedler backed Keller up. Kneedler said Texas should be commended for trying to end the litigation "so the state could move on."

Chief Justice John Roberts suggested that was a reasonable approach. If a state was looking for a way out of a lawsuit with districts that would withstand judicial scrutiny, "wouldn't you take a plan the district court drafted?"

Hicks said Texas Republicans acted because they were happy with the results of the 2012 election. "What it had intended to do had in fact happened," Hicks said.

The liberal justices also spent a lot of time discussing whether the court had intervened in the case too early. That could allow the court to avoid some of the potentially difficult issues about racial discrimination.